Against the odds, and the gods

In 2014, Kirkland, Washington-based friends Brian Parnell, Tim Wiese (glasses) and Hung-Chien Liao began working after-hours on their first game. By January 2016, they had enough confidence in their progress to leave game-studio jobs in San Francisco and move to Seattle. Drawing on their savings, and working in Parnell’s basement, they pursued an all-or-nothing dream to make a stunning dystopian world of vengeful gods and unforgiving winter landscapes.

Initially betting their careers on the success of their passion project, Praey for the Gods, the trio upped the ante with a very successful fundraising campaign. Now, having surpassed No Matter’s goal by 60 percent on Kickstarter, they are beholden to an excited corps of fans eagerly awaiting Praey’s release. 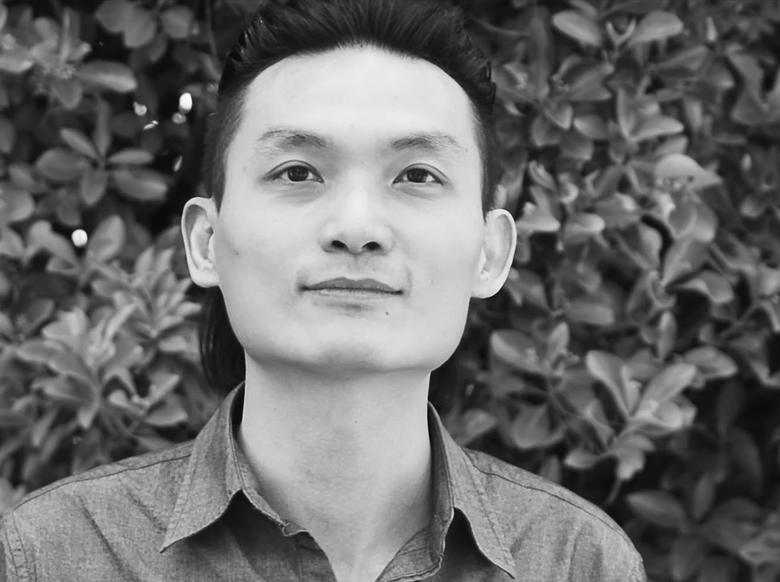 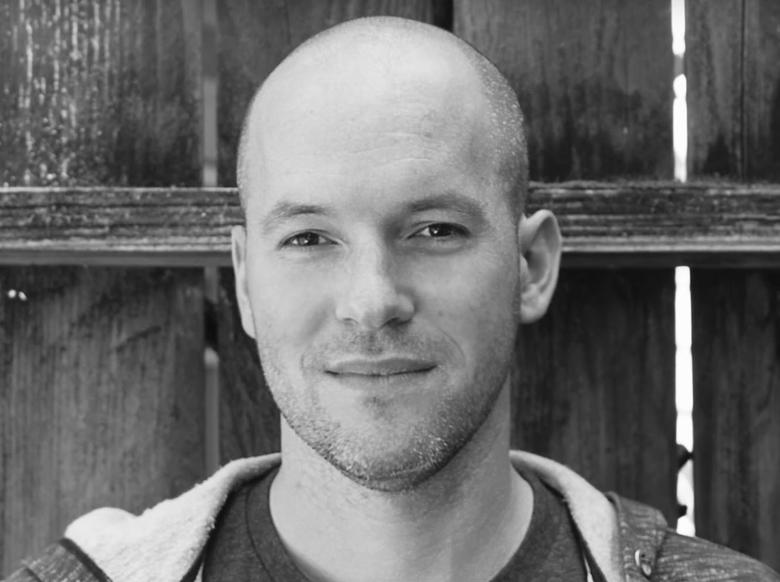 The project
Inspired by giant games

Praey for the Gods is an extreme adventure in a totemic universe, where players are sent to a desolate frozen island to discover the mystery behind a never-ending winter and defeat the enormous beasts that defend the territory. To be released on Windows via Steam, then PlayStation 4 and Xbox One, it’s a non-linear game where you must choose who you battle and how, traverse dynamic snow terrain, explore mysterious temples that contain secrets and treasure, and scavenge to survive.

And No Matter is following some impressive forerunners, as Parnell explains: “Inspired by games like Shadow of the Colossus, we had some big shoes to fill.” And Wiese adds that they “wanted a game that involved fighting ridiculously large monsters, but without the player just swinging a sword at the foot of a giant. So naturally that means you need a ranged weapon like a bow to attack it, but we also wanted to get in there up close and personal with the beast, so climbing it was a natural result of that.” 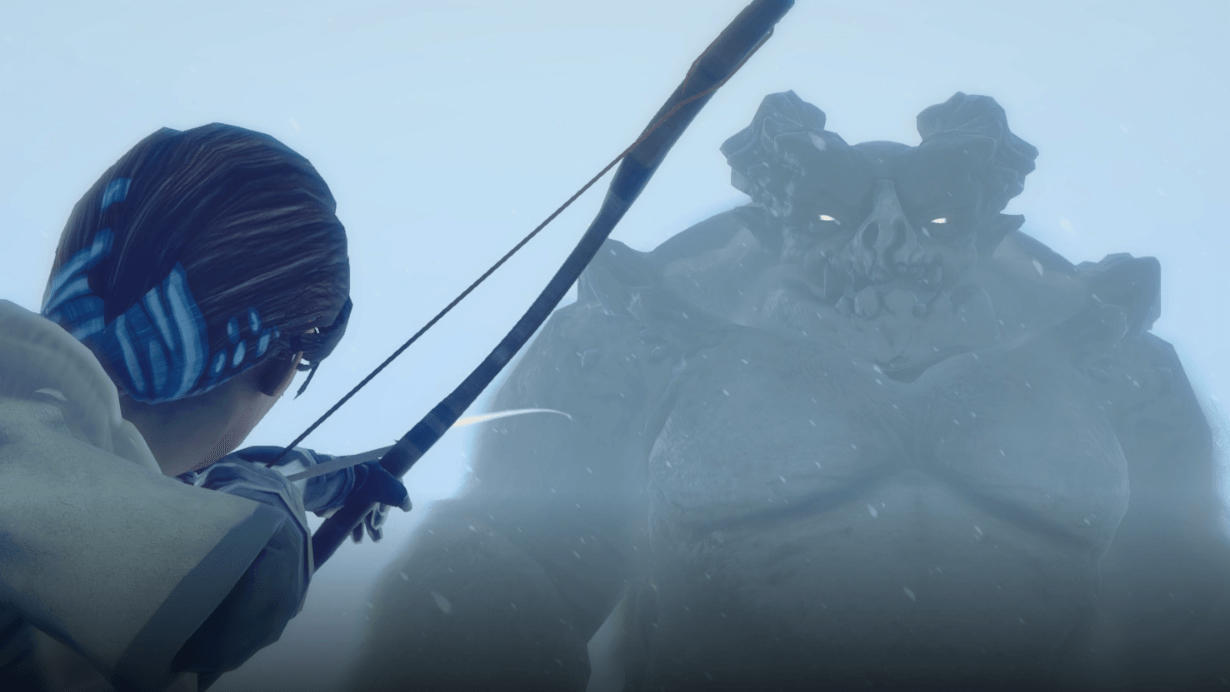 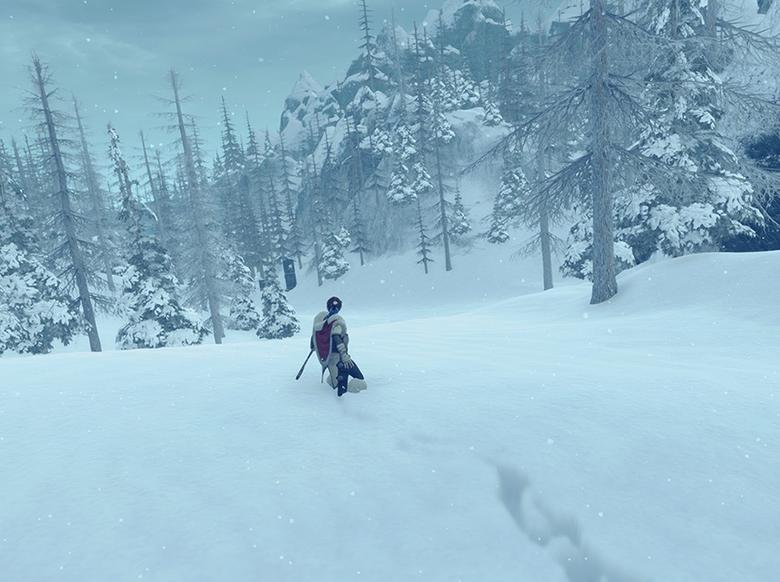 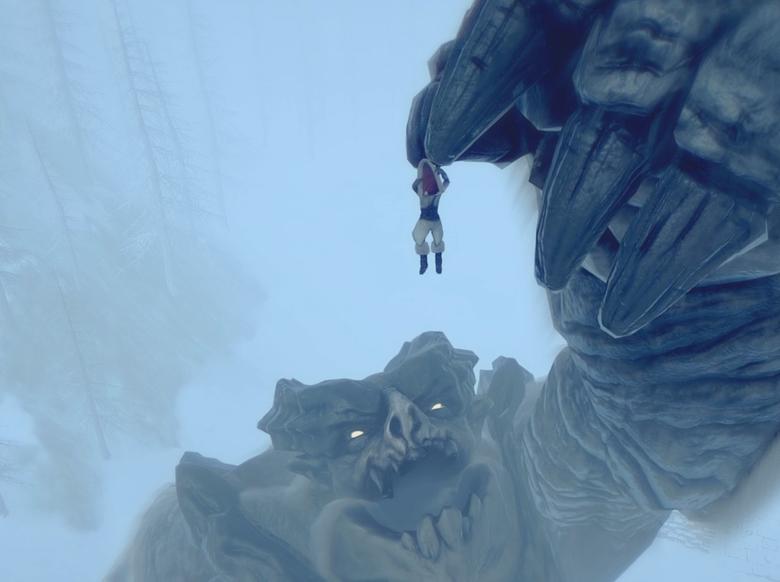 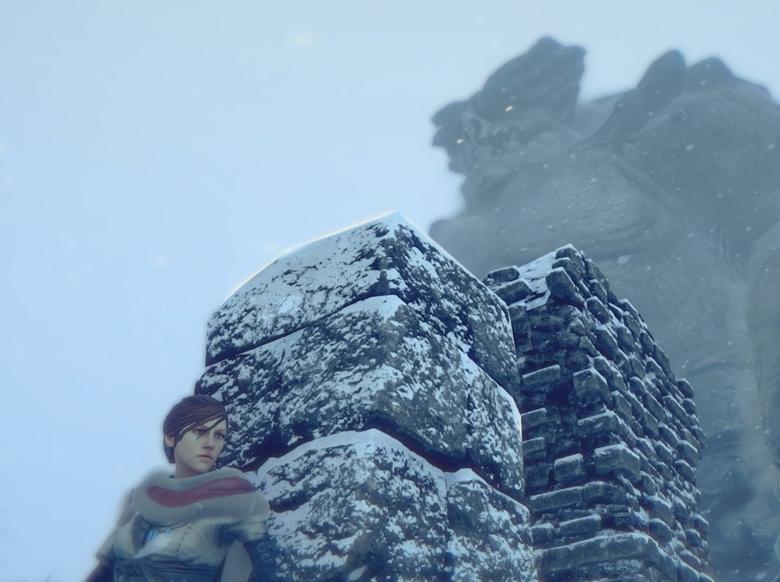 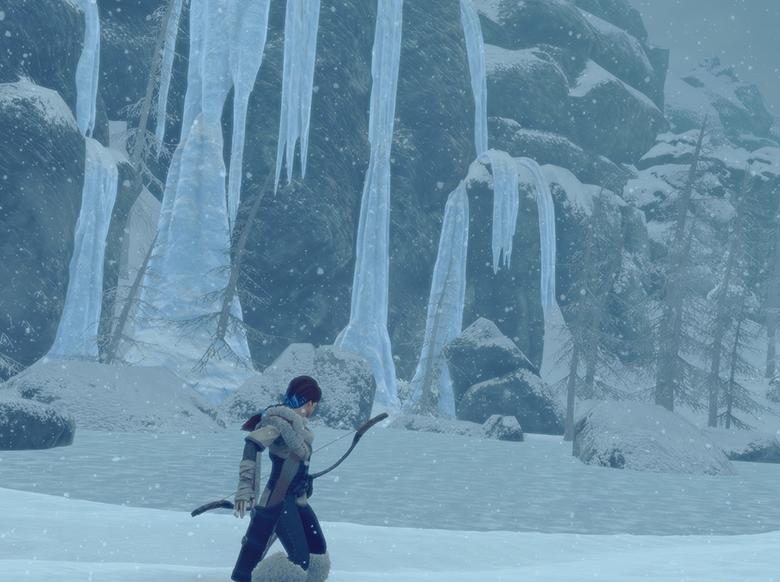 The reveal
Creating realistic footprints in the snow

“As well as creating some amazing epic bosses, we knew that snow would be crucial for us. It’s so omnipresent it’s really like another boss,” says Parnell. And Wiese adds: “We could just have used footstep decals to fake snow but we wanted something much more interactive and realistic.”

To achieve this, Chien and the team exploited Unity’s tessellation capabilities, which enables you to create geometry, such as polygons or closed shapes, that tessellates, or breaks down, into smaller and smaller geometries. This allows designers to achieve far more detail on surfaces, depth and resolution to achieve ultimate fidelity.

“We wanted a solution that would allow characters and objects to push down the snow in a realistic way,” says Wiese. “Using tessellation, our snow tech pushes up snow based on the height we paint it on the terrain. So when the player or an object intersects with the snow we remove that section, giving the appearance that the snow has been pushed down, creating realistic footprints.”

Setting up the snowy surfaces in this manner also enables No Matter to create areas of deep drifts where the player actually gets submersed, impeding their progress and heightening drama as they collide with the underlying terrain. As Parnell says, “Having players struggling in our extreme environment is a core Praey for the Gods gameplay mechanic, and tessellation helps us achieve it.”

Climbing on deformable physics was one of the first major hurdles No Matter wanted to solve. “A huge part of our vision and gameplay was that you mount these giants and take them down against all odds, so we needed to climb a moving boss and interact with it,” declares Wiese.

This in itself is no easy feat, because by default collision detection is set up for static or moving rigid bodies, not animated ones. 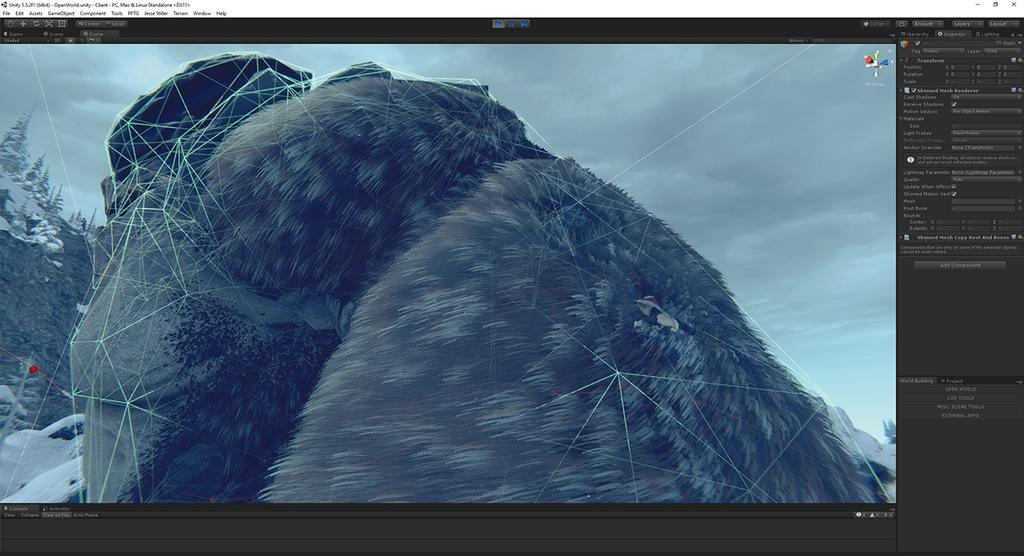 On a high level Unity allows animated meshes to have physics that move with them and interact with other physics accurately. The system works by having a slightly lower resolution proxy physics mesh – the same way you generally want to create lower resolution physics meshes for props. This “proxy” mesh allows No Matter to record the mesh animation and then translate it back into the physics system for high-fidelity output.

Chien and company are very pleased with the result: “The Animated Physics system allows players to climb and collide with our bosses as they are moving, while making sure that the collision on the boss is as close as possible to the visuals players see. This also allows action-packed interactions between the boss and any rigid bodies it encounters.”

Whether putting a monstrous giant/beast or unforgiving weather in your face, tiny No Matter Studios is building a big story with convincing material effects to match.

No Matter tapped Unity’s features for innovative artists and designers.