John and Brenda Romero are gaming industry icons, so any project Romero Games creates invites hype. Its first release will be Empire of Sin, a richly layered strategic role-playing game that unfolds in Prohibition-era Chicago, where players must build and defend a criminal empire. Early in the project’s conception, the studio knew they wanted to publish with Paradox Interactive, which has a proven track record of releasing top-tier tactical and historical simulation games. What’s more, the publisher’s commitment to arming its partners with every available resource and advantage has been central to helping the team to achieve their ambitions for Empire of Sin, which is slated for release in late 2020. 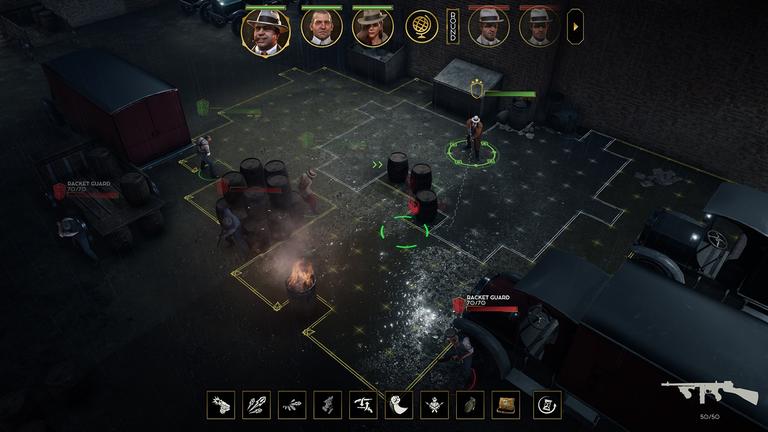 Paradox Interactive offers the developers it works with an incredible amount of assistance – including comprehensive Unity support to make sure the underlying tech is strong. They provided Romero Games with access to Integrated Success Services (ISS), one of Unity’s Advanced Success plans through their Unity Publisher Support subscription. This system enables publishers who work with multiple developers to allocate Unity services among their partners in a way that best matches their specific needs, goals, and timelines. By devoting services to partners as needed, publishers ensure that each of the studios they work with has the right level of support at each point of the development process, or they can divert assistance to other studios as projects and priorities change. From early on in the game’s development, the Unity team has worked closely with Romero Games to help Empire of Sin look and play its best. 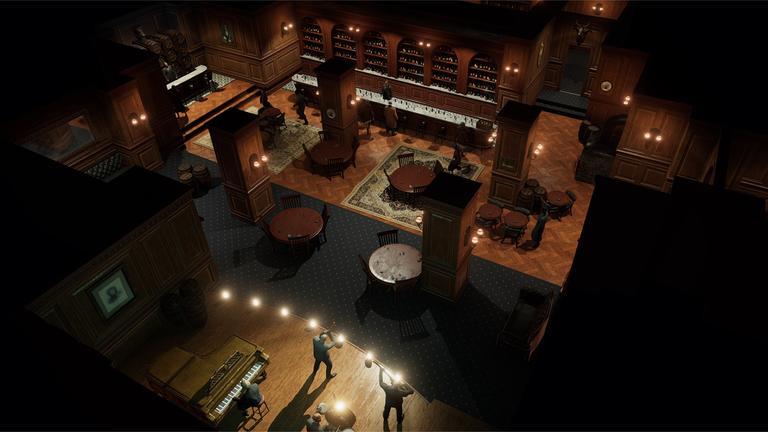 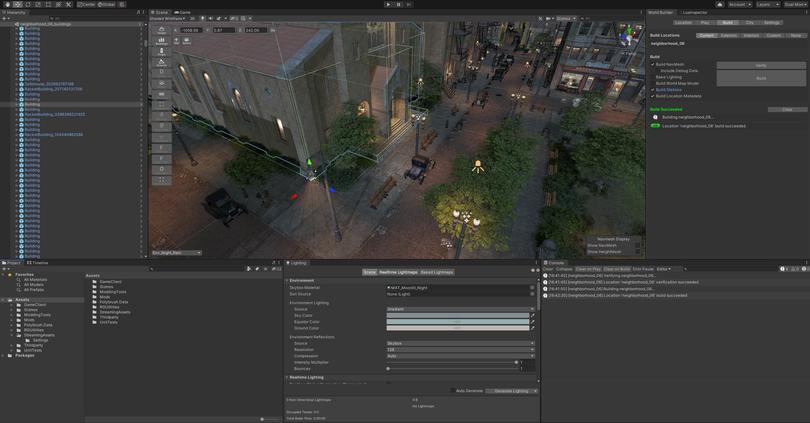 Empire of Sin invites players to build an underworld empire in 1920s Chicago, acting as one of 14 real or imagined Prohibition-era bootleggers, smugglers, gang bosses, and flappers. These kingpins have 13 in-game years to assemble a crew, develop rackets, and defend their territory of speakeasies, breweries, casinos, and brothels against rival mob bosses.

Romero Games has been shaped by its founders’ legendary pedigrees. John Romero is celebrated as the game designer behind Quake and Doom, inventor of the deathmatch, and a key force in the creation of the first-person shooter genre. Brenda Romero is a long-time game designer, as well as a BAFTA Award-winner and Fulbright Scholar who worked on the seminal Wizardry and Jagged Alliance series of games.

Empire of Sin was inspired by Brenda Romero’s “lifelong fascination with Prohibition and criminal empires,” an era that she calls “a rich space for storytelling.” The game’s complex and nuanced story world calls on Brenda’s expertise in building systems with alliances and interactions between characters, tactics that she honed developing games like Wizardry.

Gameplay includes exploration, real-time empire building, and boss-on-boss sit-downs as well as turn-based combat. Players must manage their crew and key resources, moonshine and money. Empire of Sin is populated by gangsters, each with their own personality traits and links to other figures – as allies, enemies or lovers – and these qualities evolve based on how the game is played. Gangsters’ backstories and attributes can help or hinder players in their goals – in a battle against a rival gang, a trusted lieutenant might defect or refuse to target a secret lover from the other side, while a grizzled veteran could go above and beyond the call of duty for a beloved boss. Each playthrough feels utterly unique.

Romero Games started developing the project in Unity Pro in early 2017. The seasoned team had diverse development backgrounds, but they decided to make Empire of Sin in Unity because of its flexible and extensible framework, ability to easily integrate custom tools, and the ease with which it facilitates speedy iterations.

“Unity’s fast iteration time is one of its most important features for the programmers – being able to make a code change of any size and not needing to worry about compile or link times,” explains Keith O’Conor, the game’s technical director. “The Editor scripting abilities are also a huge advantage. We have been able to make many custom tools for world building and easily develop the workflows specific to our game.”

The team also uses Lua for their gameplay code to allow the game to be moddable. “Unity’s extensibility and its wide third-party ecosystem allowed us to get up and running with our Lua integration quickly and easily,” O’Conor says.

Even with a strong, experienced team, Romero Games was pleased to learn that they had access to Paradox Interactive’s subscription to Unity Publisher Support. This gave them regular contact with Unity staff to help the studio follow best practices and optimize their game’s performance from the ground up.

A flexible support solution for publishers

“Games publishing is complex,” explains Gustav Groth, Paradox Interactive’s product manager for Empire of Sin. “If I were to summarize what we do, this is how I would do it: We enable developers to execute their vision. Developing a game is difficult enough, and we remove external barriers from developers so they can focus on making the games they’re passionate about. We achieve that by providing a plethora of services such as market knowledge, financing, partner contacts, and player insights.”

Paradox Interactive supports and enables developers by ensuring that they have the tools they need to make each game the best it can be. Among them is access, through their Publisher Support subscription, to Unity’s ISS package, a comprehensive enterprise support solution that gives developers enhanced access to Unity resources and personnel.

An extension of the team

One of the greatest benefits of the high-quality assistance that Paradox Interactive facilitates for Romero Games is the Developer Relations Manager (DRM). The DRM is a Unity employee who cultivates a detailed understanding of the studio’s game project, development environment, and business goals to offer tailored support, acting as an extension of the Romero team who is also connected to various Unity dev teams. The DRM provides guidance in best practices and advocates for the studio’s needs within Unity to help to expedite the resolution of any issues and ensure that devs have everything they need to stay productive.

“Having the DRM be an advocate on the inside is a huge benefit,” says O’Conor. ”They’re able to champion our game internally, make sure ISS resources are directed where they’re needed at all times, and be a point person to interface with directly so we can develop a mutually beneficial relationship.”

ISS ensures that any bugs logged are given to a dedicated QA team for priority triage and reproduction. If any critical issues arise, the DRM expedites their resolution by spearheading the creation of a strike team to resolve the incident quickly. The DRM also conducts regular health checks, overseeing quarterly service reviews to highlight areas for service optimization, and Unity engineers conduct an in-depth annual Project Review, a thorough audit of the tech to spot potential issues or pain points before they become problems.

The Project Review is a deep dive into the project’s tech to find elements that could be optimized to improve performance. A Unity expert engineer conducts a two-day site visit at the studio to be immersed in the game’s tech, team, and development environment, then delivers an in-depth report on the project’s potential risks and concrete suggestions on how to optimize performance and hit their target frame rates on different devices.

The Unity engineer conducted a project review for Empire of Sin relatively early in the project – over a year before the title’s initial intended release date – and O’Conor explains that this step “helped us to validate some of our early decisions, and plan for future development.”

By conducting a thorough analysis of their project in its early stages, the team strengthened the game’s foundations to avoid wasting valuable time and resources later. The Unity support team noted areas where the team could enhance CPU performance in the game’s physics, scripting, animation, and navmesh, then provided concrete solutions to improve each of these. The Developer Relations Engineer (DRE) also recommended tweaks to XmlLayout processing to reduce loading time, and he suggested combining Lua scripts into a single file and pre-compiling them into bytecode to reduce parsing and compilation time and make them load more efficiently. Finally, the Unity team proposed several solutions to help the studio improve asset performance, including the Unity Addressable Asset System, a new tool for asynchronous asset loading and solutions to remove redundant assets and optimize texture atlases.

“It was very useful to have a back-and-forth with experienced Unity engineers on the best approach to take with some of the architectural decisions we needed to make,” says O’Conor. “They also identified some performance improvements we could make, and we had some valuable discussions on various Unity features.”

Straight from the source

“It’s invaluable to be able to ask anything – whether it’s about a bug, needing more detail on a particular feature, or wondering about the best way to implement something – and have an experienced engineer with knowledge of the code base be able to answer,” O’Conor explains. “And if they can’t answer, then they know who to ask. This is all without taking time away from our programming team, so they can concentrate on making the game.”

The studio’s close relationship with Unity, through Technical Support and their DRM, also gave them a link to engineers with in-depth knowledge of Unity’s source code. This insider access gave the team insight into how and why Unity works, paired with specific recommendations to ensure that Romero Games was getting the most out of Unity’s features, while allowing their team to stay focused on their own development goals.

“We also wanted guidance on the most optimal way to do things in certain cases, and get support on some of the newer features that we identified as being critical to being able to ship at the desired quality level,” says Keith. “Paradox having publisher support made it possible in the first place.”

There’s been a steady hum of excitement around Empire of Sin since the first teaser demos were shared with the press, almost a year before its release date. The gorgeous graphics, seamless transitions between map overview and animated scenes, and complex gameplay have created a lot of buzz – and we’d be lying if we said we’re not excited to see the final result, too.

As the expert team at Romero Games puts the final touches on the game, they can feel confident that their hard work is well-grounded. As Keith O’Conor puts it, ISS has “greatly reduced risk when it comes to the engine our game is built on. That means knowing that we have knowledgeable and dedicated support that can do whatever it takes to help us ship the game.”

“It’s invaluable to be able to ask anything – whether it’s about a bug, needing more detail on a particular feature, or wondering about the best way to implement something – and have an experienced Unity engineer with knowledge of the code base be able to answer. And if they can’t answer, then they know who to ask. This is all without taking time away from our programming team, so they can concentrate on making the game.” 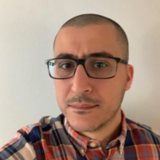 “At Paradox, we support the choice of Unity as we have a very good working relationship with Unity.”

“Having the DRM be an advocate on the inside is a huge benefit – they’re able to champion our game internally, make sure ISS resources are directed where they’re needed at all times, and be a point person for interfacing with directly so we can develop a mutually beneficial relationship.”

“[The benefit of ISS is] greatly reduced risk when it comes to the engine our game is built on. That means knowing that we have knowledgeable and dedicated support that can do whatever it takes to help us ship the game.”