Candivore took a game no one believed in and turned it into a global success with a sound user acquisition strategy.

Founded in 2017, Candivore is responsible for the success of the groundbreaking game Match Masters, a fusion multiplayer match-3 game, creating a new game sub-category that has proven to be a winning combo.

The story behind Match Masters was far from a simple and smooth journey. Candivore founders originally developed the game and other titles under a startup called Funtomic, which a larger company later acquired. The parent company didn’t see much value in Match Masters, so Candivore decided to buy the game back and invest more time into perfecting it and making it work.

Candivore partnered with Unity from those early stages to advertise the game using Unity’s ROAS campaigns and user acquisition tools. Unity helped them grow their user base by going after valuable players that would keep coming back for more and generating a revenue stream for the game with in-app purchases (IAP).

Believing in their creation

Sometimes, a game is not yet primed for success, but that doesn’t mean it is bound for failure. What Candivore did with Match Masters is a great example. With the casual game category being hyper-saturated, they saw an opportunity to innovate and reinvent their creation by including real-time player vs. player (PVP), making it more attractive to a broader audience.

Built using the Unity Engine, Match Masters went through a series of iterations, drawing inspiration from other successful games in the category. The studio adjusted its gameplay until it found the right combination of elements to enhance its players’ experience and prepare the game for substantial growth.

That growth came in the form of large numbers of users installing the game and connecting with other players worldwide to battle against each other or play in teams to advance through its different levels. Their efforts paid off, and as Match Masters makes its way into new markets, it has already proven successful in the United Kingdom, where it was ranked number one in the casual games category for Google Play. 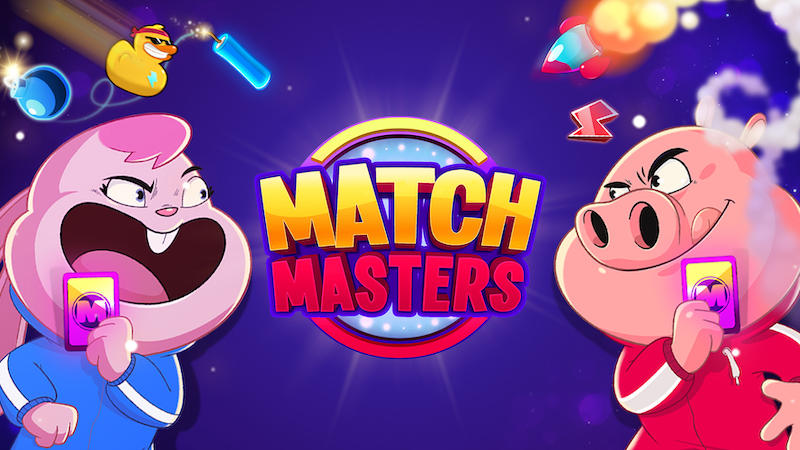 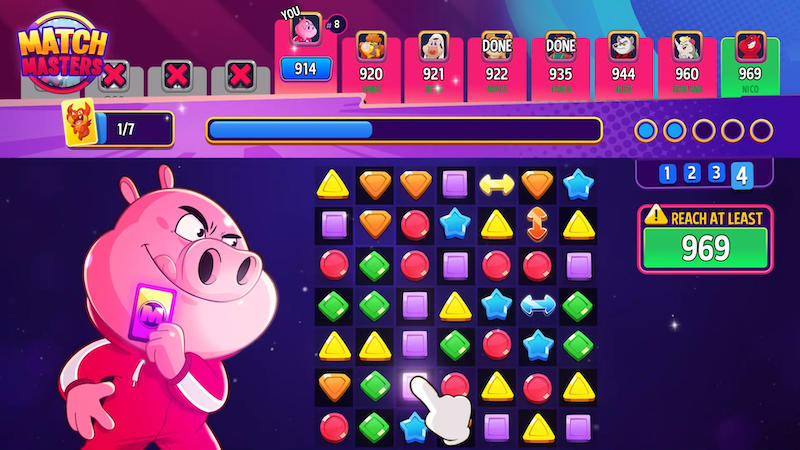 Match Masters went through a thorough revamp in preparation for its release across multiple markets. According to Pini Ashkenazi, Director of User Acquisition Marketing at Candivore, the studio ran many tests focused on ad creatives to inform their game development decisions. “Our journey with Unity started four years ago, and the channel has been an essential tool for running our tests and user acquisition campaigns,” says Ashkenazi.

As the game became more interactive, Candivore focused on measuring performance from the start. Measuring return on ad spend (ROAS), they identified and secured a steady stream of valuable leads, focusing on in-app purchases (IAP) as their primary goal to secure valuable players that would spend in-game. They also ran A/B testing campaigns with Unity to help them inform their gameplay and types of giveaways that would be more successful and attractive to their audience.

Ashkenazi continues, “For us, it was essential to provide a new gaming experience as the world’s first multiplayer match-3 game, but also we needed to prove that we could make this game grow both in terms of users and revenue.”

Finding a place in a saturated market

Navigating through uncharted territory, Candivore focused on improving their gameplay and testing geographies and ad creatives that would resonate with a broader audience than casual games usually have.

Using Unity’s user acquisition tools, the team could identify these key audiences that would secure the growth they needed to start entering new markets. Keeping an eye on daily active users (DAUs) and player engagement, they established an ideal customer profile for their creation, which primed the game for success.

Ashkenazi said: “Running ROAS campaigns with Unity allowed us to build a profile of our audience. Many games out there chase after whales or players that heavily spend money on those games, and the competition is strong”.

The studio and Unity went into a true partnership where they could focus on delivering great gaming experiences, with Unity providing a steady stream of engaged players that loved the game and kept coming back for more, accounting for 25% of their revenue and 36.5% retention by day 1 (D1). 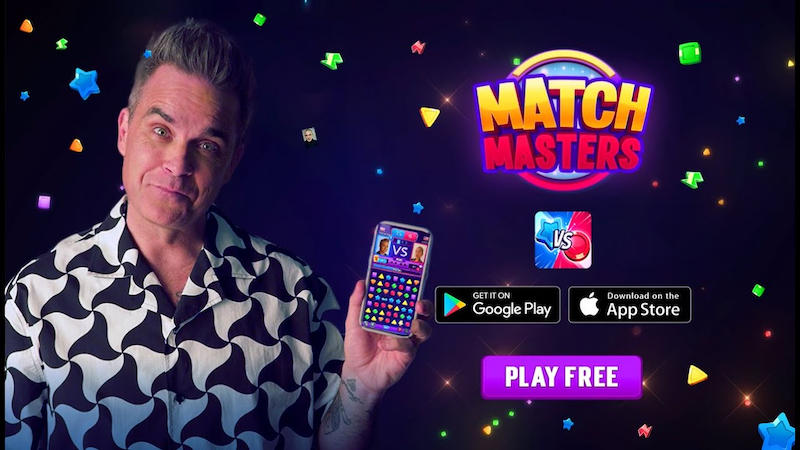 Taking the UK by storm

Candivore seized a significant market opportunity in the United Kingdom by launching a 360 marketing push that included in-person events in London, along with an extensive user acquisition campaign to bring awareness to Match Masters and drive installs.

Ashkenazi talks about this moment as pivotal in making Match Masters a success in that market: “We planned this big activation in the UK that had a multi-channel approach, both online and offline. We had this incredible opportunity to collaborate with none other than Robbie Williams and Vinnie Jones to produce our ad creative for the game, so we went big and bold, and it really paid off. Today we are ranked as the number one casual game in the UK in Google Play.”

Ashkenazi continues: “Having an international superstar to feature in your ad creative certainly gives you a boost, but it also brings more pressure to get results. Deciding on a channel strategy became essential, so we went for Unity as our main channel using a ROAS campaign dedicated to the UK market.”

Unity worked with the studio to remove the U.K from their global ROAS campaign, then created dedicated campaigns for that geo. This gave them more control over creative distribution, budget, and caps.

Ashkenazi added that Candivore used Unity to set up different campaigns measuring ROAS and retention to keep track of engagement metrics just for that location.

He said: “This way, we had a pipeline that went from low spenders to more active players that helped us maximize our IAP ROAS. Unity helped deliver results on both Android and iOS, which resulted in 21% of installs just for that period.”

Leveraging ROAS campaigns for iOS, which is in Alpha at Unity, Candivore was able to navigate the limitations and constraints that Apple has imposed on advertisers around privacy. Unity’s user acquisition tools helped them track user behavior on that network, delivering a steady pipeline of users installing the game.

Ashkenazi said: “We see great value in using Unity for ROAS campaigns in iOS. The platform helped us deal with the limitations on ad creatives and creative packs while constantly optimizing the campaign for ROAS, without us having to worry about navigating the privacy limitations.” 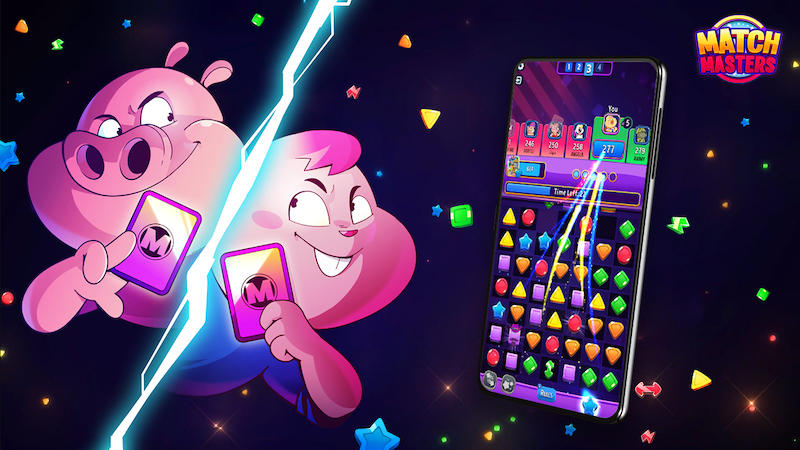 Masters of their own destiny

After having rolled out to great success in the UK, 21% of installs for Match Masters came from Unity. Our user acquisition solutions have helped them map out their strategy for UA for their next moves in the EMEA region.

The studio’s perseverance and aggressive marketing tactics paid off, as they got 25% of their installs across global campaigns with Unity. That has been consistent throughout their rollouts in the UK, allowing them to scale up the scope of their campaigns as Match Masters grew in popularity.

Ashkenazi adds: “Unity as a channel has delivered great scale and performance for Match Masters. We also see how our ad creative gets less user fatigue as the campaigns’ pacing helps us extend the shelf life of the creatives we are putting out there. As a small team, we appreciate that as it considerably reduces the amount of time and effort we must put into drafting new creatives.”

Ashkenazi continues: “The Unity team helped us monitor and optimize our campaigns from the very beginning, quickly ramping up to over $4 million in spending month-over-month, allowing us to gain momentum for Match Masters. They have also helped us set up our monetization strategy with in-app advertising. Since 90% of our revenue comes from IAP, we wanted to complement that revenue stream by serving ads without compromising gameplay and enable non-paying players to continue playing without having to spend with us.”

At Unity, we draw inspiration from studios like Candivore, who never gave up on their creation and took it from zero to hero with persistence and perseverance. Our mission is precisely that: enable creators to operate their games and build revenue streams for them to keep working and making improvements. At Candivore, they really are masters of their own destiny, and working with Unity was just a match made in heaven.

If you feel inspired by this story and want to learn more about Unity’s acquisition tools, visit the main site for more information and resources to get started.