"République was born out of the idea of creating a game that connects players with an AI character on the other side of their device," says Ryan Payton, founder of startup studio Camouflaj. "From there, I immediately envisioned the opening scene for the game when Hope, our protagonist, calls the player and asks them to help her escape from captivity." Payton shared this concept with his creative partner on the project, Alexei Tylevich, whose Venice, CA-based studio has worked on high-end videos and advertisements for the likes of Apple, Nike and Casio. The decision was made to set the game in a 1984-inspired dystopian future, and to explore themes of censorship, surveillance and paranoia. Payton immediately began developing gameplay ideas designed for mobile touch screens; from there, the project grew to include Mac/PC versions as well. 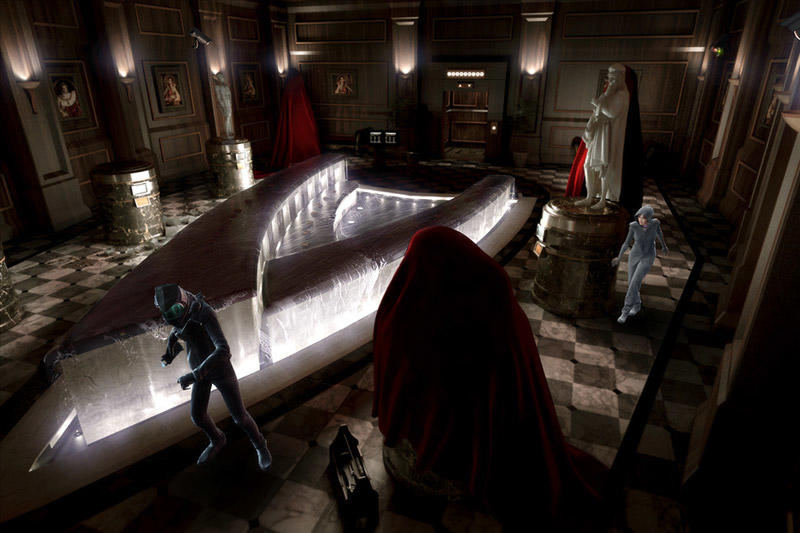 The game follows the story a young girl named Hope who is being held captive in a mysterious totalitarian state. She calls you on a contraband mobile phone and asks for your help. Your goal is to help her escape and protect her in the process, gaining control of any network-enabled devices and overcoming puzzle scenarios along the way. With the tap of a finger or the click of a mouse, players can power down lights, wiretap calls, summon elevators and protect Hope by slamming doors on her pursuers. "République began as our attempt to bring AAA console-like production values to mobile, fueled by a story and action gameplay designed specifically for a touch screen," says Payton. Due to an outpouring of requests from the community, the game will now come to Android, Mac and PC, in addition to the planned iOS version.

Payton first made a name for himself at Kojima Productions during the development of Metal Gear Solid 4. It was there that he collaborated with Logan on the game's stunning opening "alternate television" films; later, he worked at Microsoft's 343 Studios, where he labored on Halo 4 before leaving to start Camouflaj. République represents the first time a game development studio has so fully collaborated with a motion graphics and design studio, particularly one with a reputation like that of Logan. "I like how we are all committed to doing something different, whether it be designing an action game for touch or partnering with a studio like Logan to realize this game," says Payton. "The collaboration has been a lot of fun for us. We completely trust Alexei’s artistic vision, and he has a lot of respect for the talents of the team at Camouflaj. Every time I visit Logan, I’m impressed that the staff there is just as dedicated to this game as the staff up in Seattle. It’s a beautiful thing." 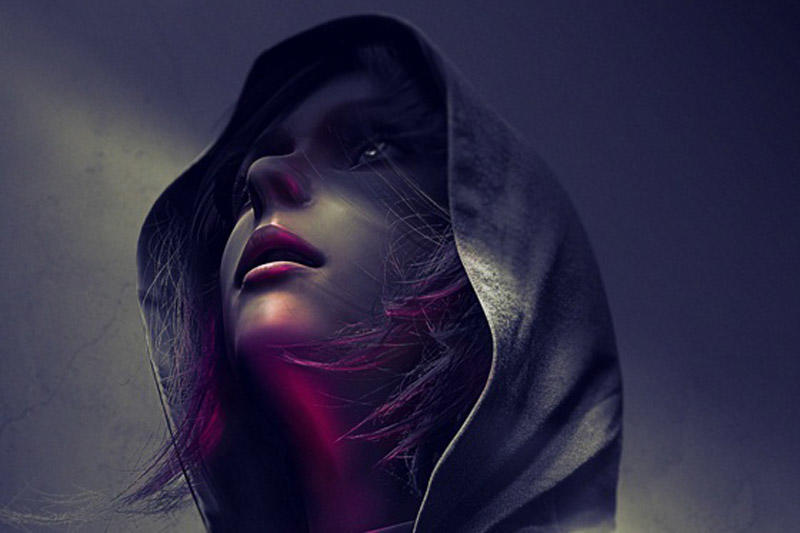 Going into this rather ambitious project, Payton and his team were aware that their vision wasn’t going to be cheap to execute. With elements like lifelike 3D characters, cinematic cameras, motion-capture and expensive voice-acting, there has been a conscious attempt to mitigate other areas. "We've tried to stay lean as a team to offset the costs," says Payton. "Unity has been great because it’s relatively inexpensive to get up and running, and the tools are extremely powerful. The flexibility we have in just tweaking shaders to get the characters looking just right has really allowed us to achieve our lofty visual goals." At the moment, Payton has six people working at Camouflaj in downtown Bellevue, WA. In an attempt to keep development agile and fluid, there are no official job titles. "Whatever work needs to get done, gets done," says Payton. "We are all committed to doing it regardless of our job titles from previous companies. We’ve got a great team dynamic despite being a group of people who has never worked together before."

> I like how we are all committed to doing something different...

Early on, the team investigated and considered various game engine software solutions, and eventually decided on Unity because it the flexibility it offers. Equally important was the raw power they are able to utilize with it, in order to push console-like 3D character performances, particularly on mobile devices. "An incoming team member, Ezra Hanson-White (who is something of a Unity wizard) later validated our decision," says Payton. "He was clearly happy to see that we had chosen Unity for this project, so convincing him to join us became pretty easy from that point!"

Various Unity features have come in handy for the team. Unity's Light Probes, for instance, have allowed Camouflaj to achieve impressive pre-rendered backgrounds (and therefore high quality character models), and still light the characters in real-time in a way that reflects the environment they are in. Likewise, Payton says the integrated PhysX support has effectively erased any worries the team has had about in-game physics, which has allowed them to focus more on core gameplay. The same can also be said for the integrated FMOD sound engine, which the team is making much creative use of.

In building the ambitious République, the biggest hurdle for Payton and his team has been the memory limitations of mobile devices. "It’s very natural to compose complete large scenes in the Unity UI," says Payton. "Because of the graphical quality of our game, this quickly pushes us to the edge of our memory budgets for our mobile targets." Payton says that while it can be difficult to understand what’s happening if the application refuses to load or goes down because it uses too much memory, the Unity profiler works fine while the game is up and running. "This is why we’ve got a memory management system in development that will help solve these issues." 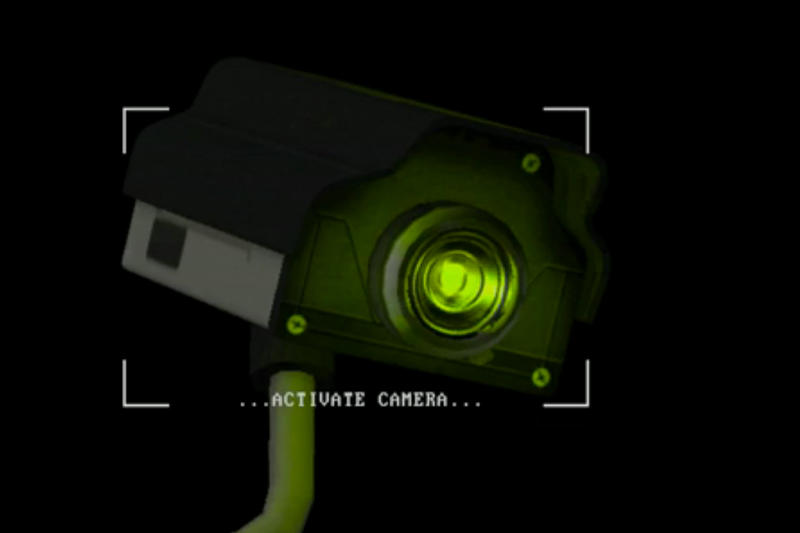 Having come from major AAA studios like Kojima Productions and 343 Studios, Payton has had to reconfigure his approach to development somewhat. "Camouflaj has a very different production philosophy when compared to previous places I worked at," he says. "Because we’re small, we can focus entirely on prototyping and gameplay before art production starts. This is a luxury we have because we’re not employing a full-time art staff. That allows us to build out the environments and campaign to near ship quality (from a design and story perspective) before Logan gets to work on the visuals." While Metal Gear remains an influence, so are games like Portal and Dark Souls as well as novels like 1984 and Brave New World.

Brave new world, indeed. Learn more about République and how you can help fund its development at Kickstarter.

While building an indie game on visual par with the likes of Metal Gear Solid 4 is itself a very "2012" proposition, so too is the way in which developer Camouflaj is attempting to fund the development of République. "Back in February we did a small funding tour and pitched République to a number of companies," says founder Ryan Payton. While the response to the game’s creative vision and graphics was universally positive, meetings often ended with the business folk getting cold feet about financing a cinematic, story-based mobile game. "Without other examples of these types of games doing well on the iOS and Android marketplace, it was hard for them to justify the budget we were asking for. This was really frustrating for us because everyone said (anecdotally) that République is exactly the kind of game they want on their mobile device, but nobody was willing to take the risk of being a first-mover." 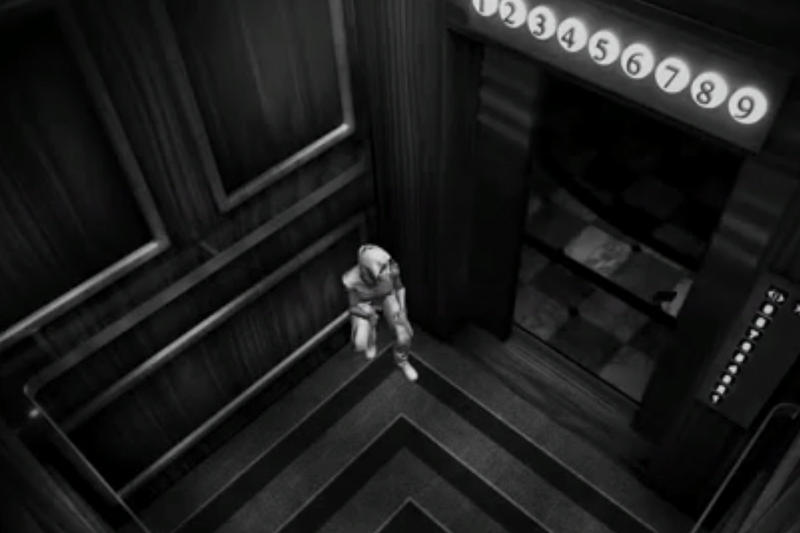 The team received advice from industry veterans who told them that they couldn't imagine a way where we could make the game and retain creative and IP control, which was very discouraging for Payton and his team. "That very week that we were scratching our heads over how we were going to continue development on République, Tim Schafer and Double Fine started a revolution," he says, referring to the spectacular $3 million+ Kickstarter campaign for the studio’s next game. "We quickly got excited about the idea of appealing to the global community about our concept and vision for République," says Payton. "If they agreed with us that there should be more deep, cinematic, story-driven games on mobile, maybe they could help us make this game and allow us to retain creative and financial independence?" 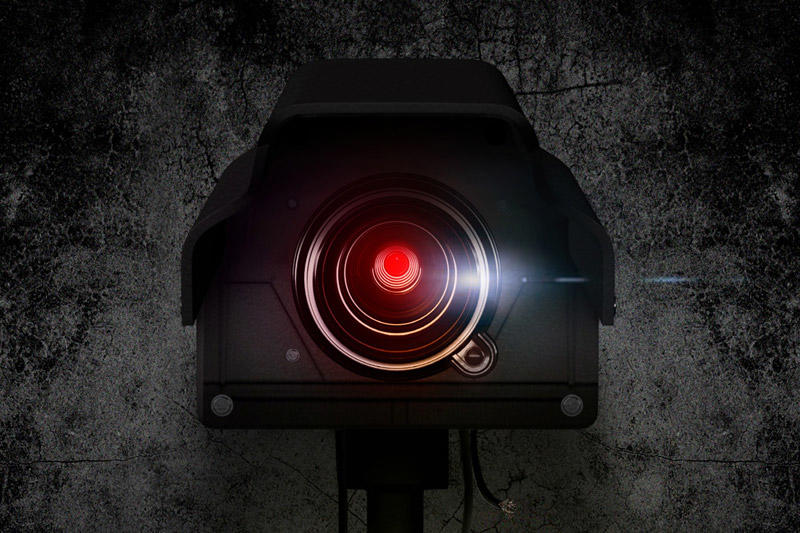 The team had been hard at work on the debut trailer at the time, and so it seemed like a smart move to finish the trailer, launch it on Kickstarter, and show the world that République was more than just an idea. "It’s a game we’ve already invested a lot of money and time into, and now we need help finishing it," says Payton. Various bonus items will be offered to supporters at different financial tiers, ranging from a République journal and DVD documentary to a chance to appear as a character in the game itself.

As the Kickstarter moved along, the community asked for Android and Mac/PC versions of the game, which are now in the works (and manageable thanks to Unity’s multi-platform deployment). "Our commitment to delivering a cutting edge mobile game continues, but now we're committed to doing a great PC and Mac version of République as well," says Payton. "One of the coolest things about debuting your game on Kickstarter is the dialogue you can have with the community. Gamers from around the world told us how excited they are for République and how they wanted it for the platform they spend most of their gaming time on." Following the launch of the iOS version, the team will redesign the game so it speaks to the strengths of PC and Mac, while Payton rewrites parts of the story. "I think the most exciting ideas we have for the PC/Mac version is giving players multiple windows on their monitor that they can minimize and maximum, as if they were really in charge of surveillance in the République world," says Payton. "Players' direct camera to Hope would be on one window, the wireframe map of the world on another window, and multiple windows of key surveillance cameras on other windows. The gameplay will shift more to multitasking and managing multiple things at once. My goal for it will be for players to catch a little bit of an RTS bug from it.”

Read more about République and Camouflaj, learn about Unity, and discover more stories.