When Jonathan Hawkins started White Elk studio in 2014, it was a big adjustment in many ways. After all, he went from being one developer on a huge team (working on Sony’s God of War franchise) to exploring the uncharted territory of VR, initially on his own. But with the help of Unity, Hawkins created a prototype for a VR game within three months, which enabled him to get funding for Eclipse: Edge of Light.

Jonathan Hawkins, founder and creative director at White Elk, talks about how Unity enabled him to explore the world of developing for mobile VR on his own.

When Jonathan Hawkins, founder and creative director at White Elk, first made the jump from working at Sony Santa Monica to starting his own studio, he was thrilled at the possibilities open to him in exploring the new field of VR. At the same time, though, he knew that in order to turn his passion into a business, he needed to create something tangible, only now, he needed to do it with limited resources at his disposal.

When Hawkins first started working on the prototype for Eclipse, he was on his own.

“I had one artist-resource from my partner, Section Studios, but I was doing all the design, programming, implementation and scripting myself,” he says. “Luckily, though, with Unity and its amazing toolset at my disposal, I could move on.”

Extra help where he needed it most

In addition to everything that was already in the Unity Editor when he downloaded it, Hawkins found another invaluable resource in the Unity Asset Store.

“Back when I started, I hadn’t coded in like 10 years, so getting back into that was a little tough, but then I found Playmaker on the Asset Store, which had tons of functionality in it. You just link a couple nodes, and you already have a complete level scripted very fast,” he says.

Another asset that helped, particularly in terms of VR performance, was Mesh Baker, which enabled them to bake all their geometry down into one draw call.

“Draw calls can be a killer in VR and especially in mobile because it’s super-important to always maintain a very high frame rate in order to reduce motion sickness. So having that tool and being able to bake them out into one as opposed to 100 was a huge success as well.” 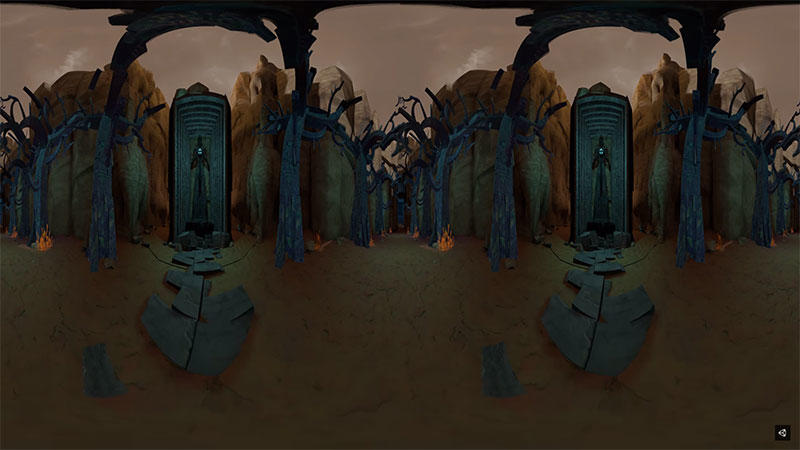 A successful prototype within three months

With the help of the Unity platform and the Asset Store, White Elk were able to see their creative vision come to life.

“Within three months, we were able to make an entire prototype that allowed us to employ six people full time and use a variety of other contractors to realize our vision. And that made it possible for us to build out an entire 3-to-4-hour game experience.”

Tweak it live and move on

Another thing that made it easier to explore VR and realize their creative vision was how easy it was to iterate with Unity. Both during the prototype phase and beyond, the ability to see the changes almost immediately within the editor saved Hawkins a lot of time.

“Unity is fantastic for live updates, being able to iterate and move quickly. At my old studio, we used some tools that had iteration cycles that were minutes–not seconds,” he says. “But with Unity, the speed of the workflow is mind-blowing.”

“You can move worlds around, tweak geometry, change everything, turn visuals on and off. As someone with a background in level design, I find it incredible. Something that might have taken me three or four times longer, I was able to do with within seconds using Unity ,” Hawkins says.

A life-saver for VR development

The fast iteration was especially important for experimenting with VR. The ability to switch between adjusting values in Edit mode and trying trying it out in Play mode with the VR headset on meant a much smoother, more efficient workflow.

“What I love about it is being able to tune little variables like for the player motion model or for jet-packing, which requires a lot of work to get the feel just right, to eliminate motion sickness,” Hawkins says. “You hit play, and within a few seconds you’re in the game. You know, you put your headset on, and you’re trying out this whole world that you just made in a few minutes.”

It has to be amazing

In addition to the ease of use and speed, another reason Hawkins chose Unity was because he knew he could focus on his creative vision first, and the multiplatform support would give him the flexibility he needed later.

Sure enough, when an opportunity arose with the emerging Google Daydream technology, White Elk jumped on it. The Unity engine meant that they could easily port the whole game, which they had initially planned to release on PlayStation, to Google Daydream.

“With the Unity SDK for Daydream, we were up and running within a matter of minutes. The seamless integration helped us focus on creating something amazing. And that’s critical, because with a whole new technology and platform like VR and Daydream, if it’s not amazing, they’re not going to come back.”

How is the creative experimentation paying off?

Since its release in 2016, users and critics alike have embraced Eclipse. Its rating on the Google Play store has hovered around 4.7 and higher, and it has received rave reviews like the following:

“This isn’t just the best game on Daydream, but one of the best mobile VR games full stop.” — Jamie Feltham, Upload VR.com

“It is an outstanding achievement and the best game I have ever played on mobile VR. Period.” — Sebastian Ang, DayDreamDistrict.com

“As someone with a background in level design, I find it incredible. Something that might have taken me three or four times longer, I was able to do within seconds using Unity.”

How do you get started with Unity for Mobile?

Follow this practical guide with information and resources that will get you on your way, save you time, and help you gain the most value when developing mobile games using Unity.

Go to Mobile guide Get Unity 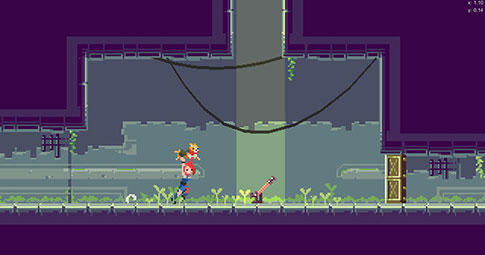 Learn how two part-time developers collaborating remotely in their spare time created an awesome 2D game, which was featured in the Made with Unity showcase.