How Unity helped put the cinematic magic in Forgotton Anne

With a 500-page script, an original score performed by the Danish Philharmonic Orchestra, and Ghibli-quality animations created by a team with roots in the animation film industry, it’s fair to say that Forgotton Anne was an ambitious project. Learn how ThroughLine Games used Unity to create one of the most high-quality cinematic experiences ever in a 2D adventure platformer.

Cinematic quality thanks to Unity’s 2D and 3D tools

If the animations in Forgotton Anne aren’t as slick, smooth and shiny as a Saturday morning cartoon, it is intentional. The team was looking to evoke an unlikely juxtaposition of the fantastical and naturalistic, similar to Japanese classics like Miyazaki's Spirited Away. In this case, though, they had the added challenge of making it all work in a 2D platform game. 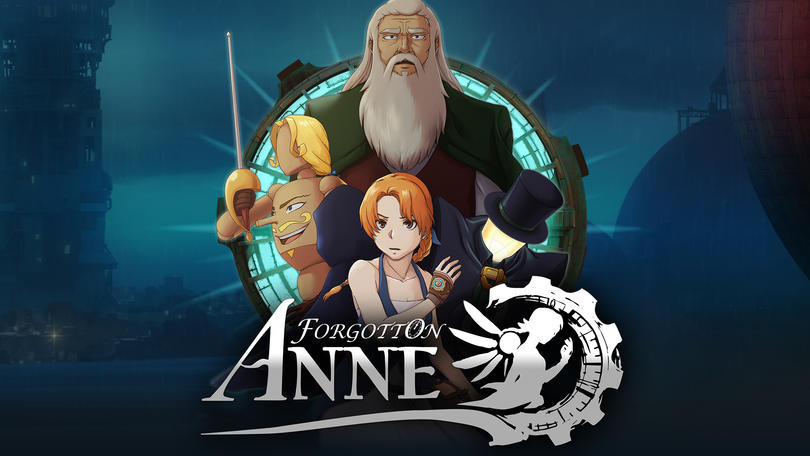 How 3D helped transport players into another 2D realm

When developing Forgotton Anne, ThroughLine faced a technical challenge that was central to their storyline. The story called for the title character to have a magic stone that allowed her to enter and see a different realm where anima energy was stored. This meant that ThroughLine needed a way to create two different aesthetics for the same environment in the 2D platformer. (At that time, Unity’s Cinemachine and Timeline features were not yet available.)

“Our first thought was to do make the game in 2D with parallaxing,” says Alfred Nguyen, the game’s main producer. “But in the end, we figured out that it was easier to do this with 3D in Unity. This allows the character to move in the z-axis with lots of camera movements.“

Moving along the z-axis to another realm

Working with 3D enabled them to make those transitions smooth by creating the illusion that Anne is, for example, just stepping through a door, when in fact she is moving from one scene to another.

“As game objects appear, we can hide all the stutters. There's a natural fade in fade out, and we hide this zero point something seconds in the black. It just feels natural,” Nguyen says. “Setting up the game in 3D also opened up for adding a lot of cool cinematic effects such as depth of field. So, for example, we added fog drawn in a monochrome bluish hue to create the illusion of the another realm Anne was able to see with her magic stone. Unity made all this really easy because we could freely switch between 2D and 3D to get a sense of the game, and it was so easy to move stuff around.” 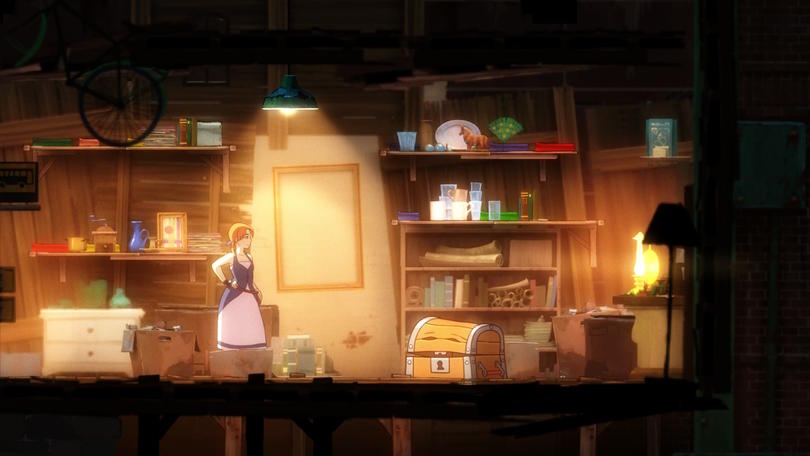 It was one thing to come up with a technical solution for achieving certain effects, but with 5000 individual drawings of Anne, including cutscenes, how did ThroughLine manage to create the seamless transitions in the game in a practical and economical way?

Unity’s extensibility helped them create an efficient workflow while achieving the desired naturalistic cinematic quality. ThroughLine both added their own custom-scripted tools in Unity to manage the huge number of assets in the animations.

“When we started out, it was crazy to think of how big the sprite sheets were, and we knew we needed an efficient way to manage them. So we created a tool, which the art director used to keep track of which assets were used where and to easily shuffle and optimize the sprites. It felt super-easy to extend Unity with our own custom scripts and present them to the front-end designer,” Nguyen says.

Another way ThroughLine kept the animations manageable was by using Asset Store sprite animation tools for some of the characters. For the forgotlings (all the socks, clocks and other anthropomorphic forgotten-object characters in the game), they used a mixture of sprite-based and skeletal animation. This made it less time-consuming, allowing them to focus on giving the key animations in the game the time and care needed to achieve the beautiful Ghibli-inspired style.

“Some of the tools even had more features, but either they were too complicated or they didn’t offer good enough support. But there are so many different affordable titles on the Unity Asset Store that we could just try out a bunch of them until we found the one that was best,” Nguyen says.

In the end, they decided on Anima2D, which has now been incorporated into Unity’s 2D Animation tools.

“It was really simple and easy to use, and funnily enough, the Anima2D team joined Unity to work on the current skeletal animation system. If we had done everything with sprites rather than using tools from the Unity Asset Store, it would have taken us at least four times longer,” Nguyen says. 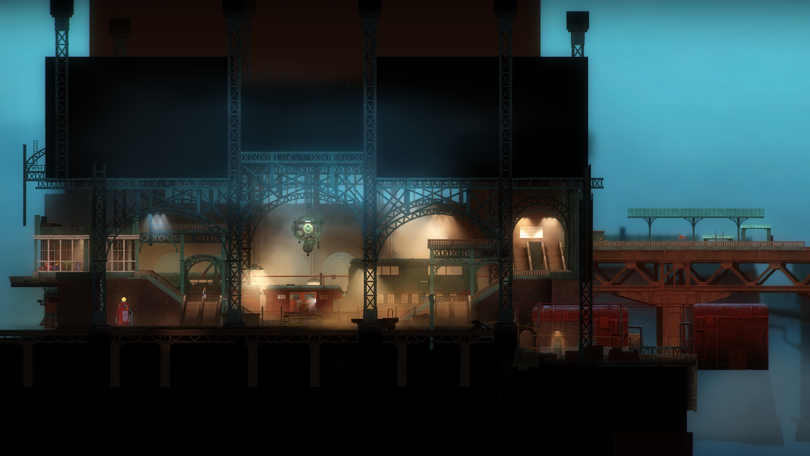 How music and gameplay work hand-in-hand in Unity

Having worked in cinema in the past and leading a team with roots in the National Danish Film School, Nguyen knew from the start that a strong musical score was needed to set the tone. He wanted something as iconic as the Pan’s Labyrinth soundtrack to help draw the player into the story.

“From the very first concept trailer, I knew who I wanted to work on the music. Peter Due was someone I’d worked with before. He composed Anne’s Theme for the trailer, and not only did it set a magical mood of the game, it actually inspired us throughout development,” Nguyen says.

Indeed, the trailer score ended up becoming the main recurring theme in the final version. It was performed by the Danish National Philharmonic Orchestra for the game, and has since been played by them as part of their Gaming in Concert performances, alongside iconic game scores like the suites from Hitman and World of Warcraft.

Music gives a soul to their universe

“We ping-ponged from the start and until the last minute of post-production with Peter [the composer],” Nguyen says. “We’d show him sketches of the rebel faction, for example, to inspire him, and he would play us music to inspire us right back. If something he wrote had a lot of tension leading to a high point, we might do animations with a big build-up and then stop right at the climax.

The composer, Due, used the WWise sound engine, and the smooth integration with Unity made all this collaboration really easy.

“I would just point to the relevant piece from the huge amount of audio files in WWise, manipulate as needed, and make it all a smooth part of the game in Unity. It felt like working with one fully fleshed software.”

It takes the talent of many disciplines to create a cinematographic experience. ThroughLine Games shared how they produced the game, from initial ideas to finishing touches. 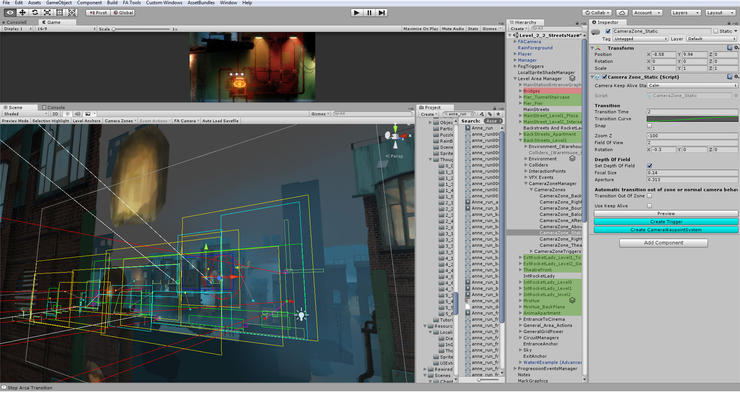 ThroughLine's creators set up the different realms on different layers. 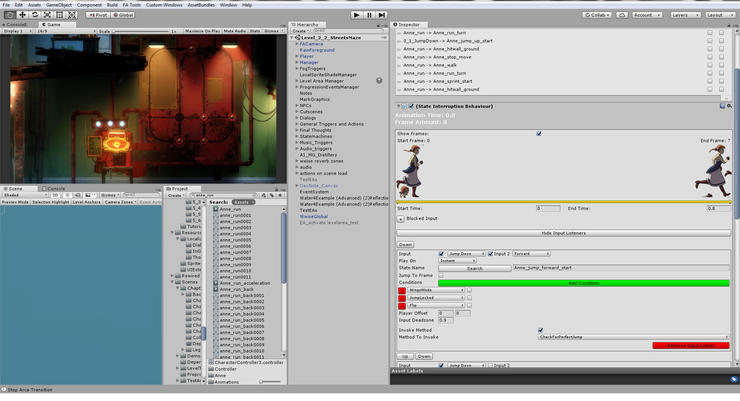 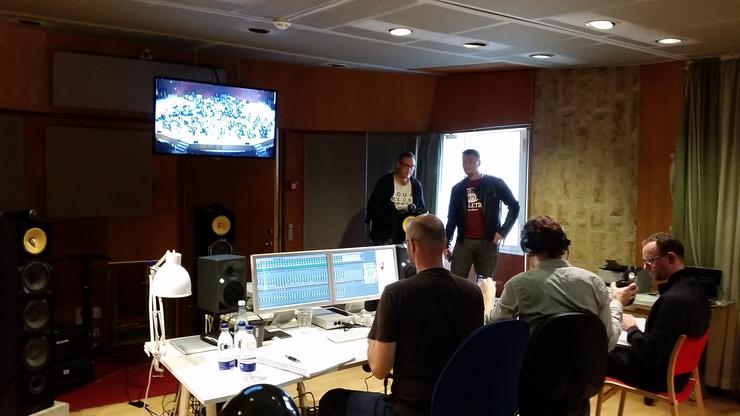 Go behind the scenes with the Danish Philharmonic Orchestra as they recorded the game's score. 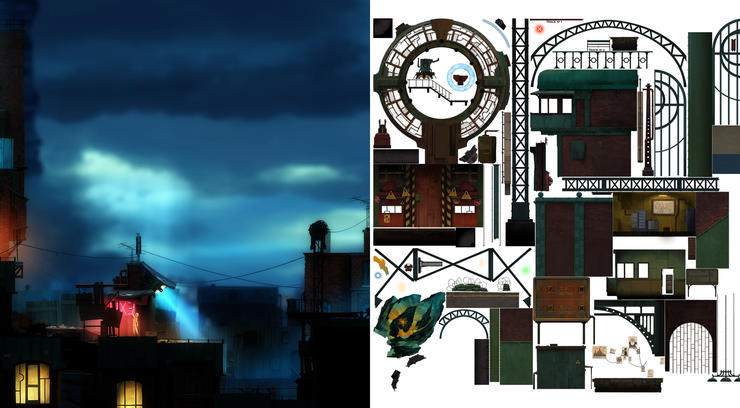 The game's beautiful art and sprite sheets are captured in their artbook, one of many pre-production assets. 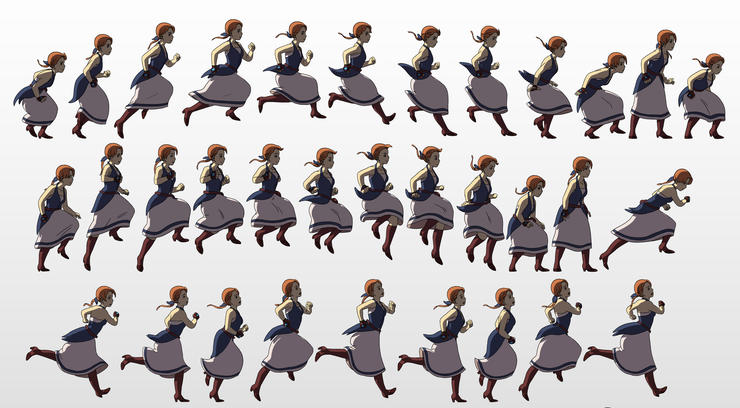 To achieve the desired look and feel, ThroughLine artists meticulously drew hundreds of animations of the main characters. 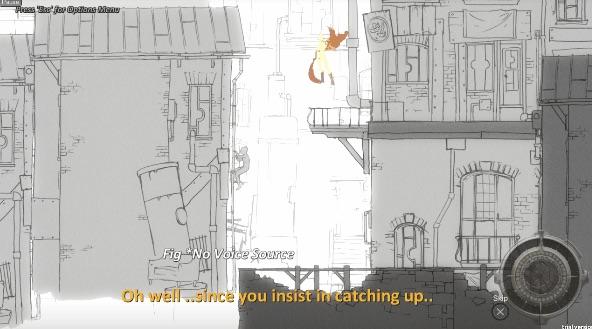 When scenes required precise camera movement and new animation, the artists sketched the intended results before going into production.

How do you get started with Unity for 2D?

Go to 2D Guide Get Unity