Get inside the head(s) of KO-OP's puzzler

It’s rare to see a game as visually striking as GNOG. Each of the puzzle game’s levels is a hollow head, each done in a beautiful, uniquely sharp graphic style. You’re never quite sure what to do with each head, so you mess around with it. Flip this switch, twirl this thingamabob, arch this light in that direction and behold the results. By experimenting with each head, essentially, you discover what you need to do with it. 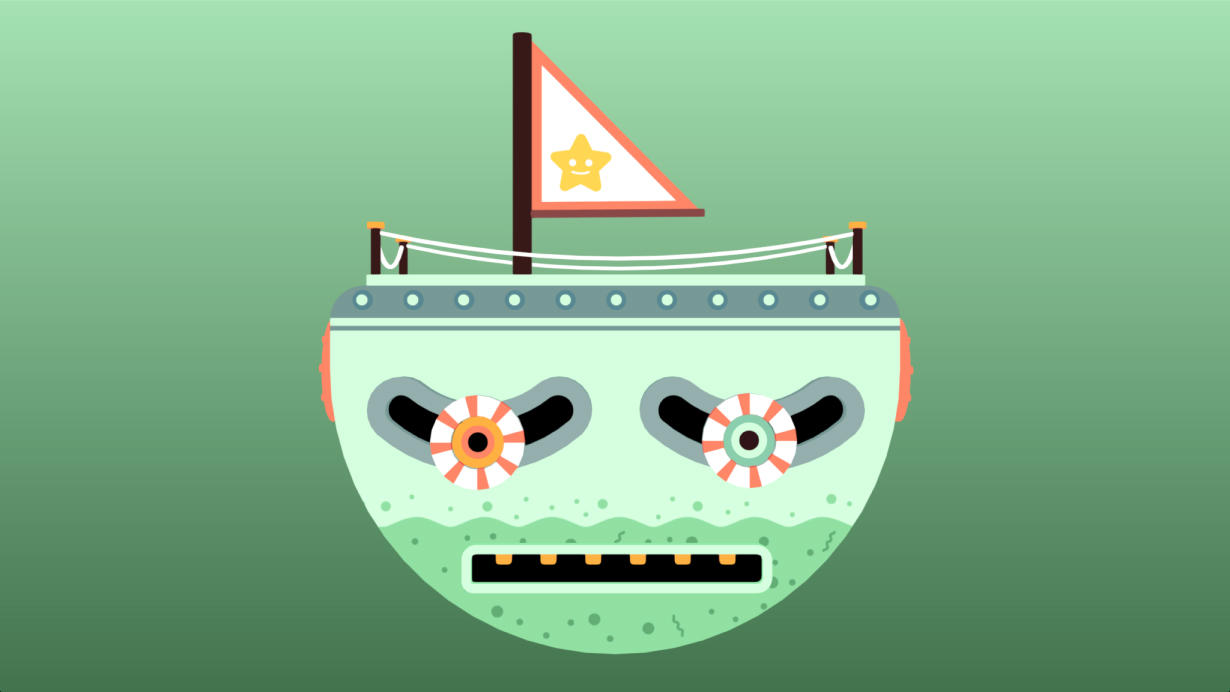 Unsurprisingly, toys played a large role. “I’m pretty much inspired by toys, and mainly by Mighty Max and Polly Pocket for GNOG,” says creator and artist Samuel Boucher. “I’m very inspired by little spaces. Having constraints and playing with architecture to make something interesting is pretty fun.” Sometimes he’ll start with an idea of the visuals he wants to see, and the puzzle comes later; other times, he simply wants to play with a certain puzzle or mechanic, and figures out how to incorporate art. “GNOG is more about exploration and interactivity. I want to experiment with tactile feelings, hidden surprises, and make fun and interesting little toys. It's about discovering a different world inside of each monster, and exploring the different rules and mechanics behind it. The style is quite simple because I wanted that bold and colorful toy-like feeling.” 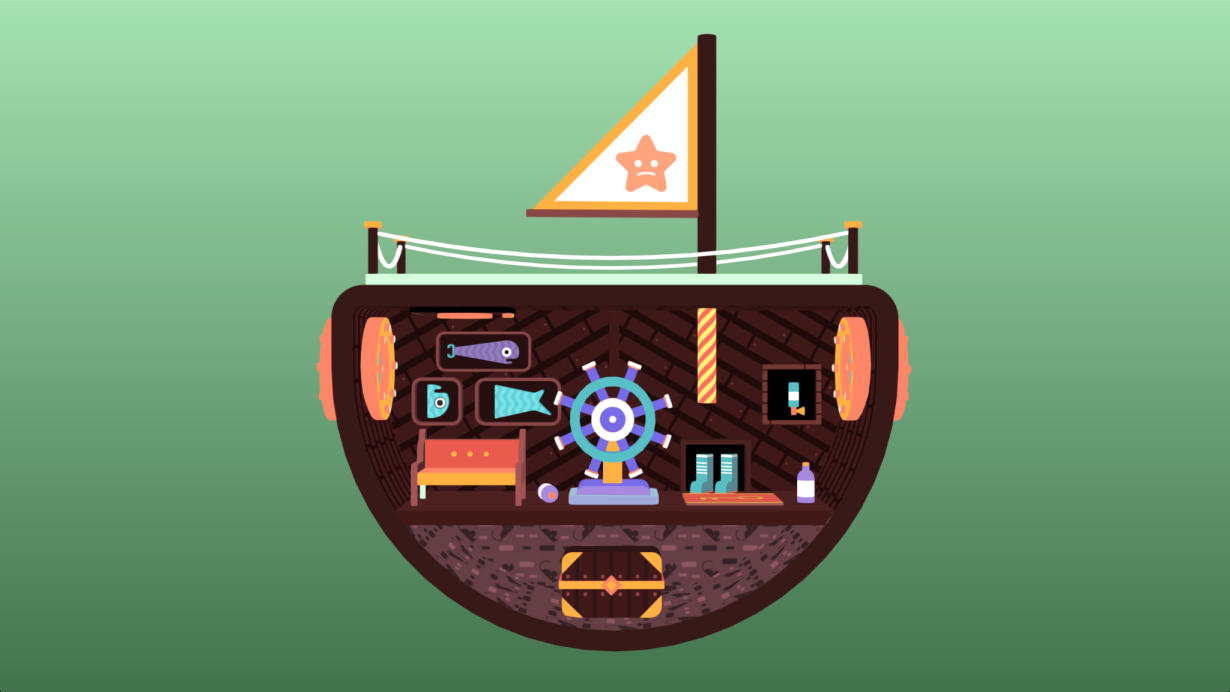 The studio behind GNOG, KO-OP, is a rather unique collective based in Montreal, Canada. “When we met in 2012, we decided to try to do something different than what was available around us,” says KO-OP’s Saleem Dabbous. Instead of creating KO-OP around one game or vision, they had a collective model in mind: find cool artists and game makers who want to make experimental stuff, and put them together so that they can work both collaboratively and independently. “This has led to us making games across a wide spectrum – generative music and poetry games, all the way to wacky oculus experiments – all with fluid teams.”

GNOG is currently the work of two people full time (Samuel Boucher and Nick Rudzicz on art, design and code), and one person part time (Ramsey Kharroubi on sounds). “We simply have to manage expectations and understand the potential of the worlds we’re making,” says Rudzicz of the process. “Do we explore many, many heads in breadth, or do we focus on a smaller selection and explore these ones in depth?” Balancing that kind of potential has been on their minds almost daily. And even though they’re a small team, the content-richness of the project has introduced its own set of rigorous requirements: “We’re having to structure our content pipeline much more than I personally had been used to as an individual developer,” says Rudzicz. 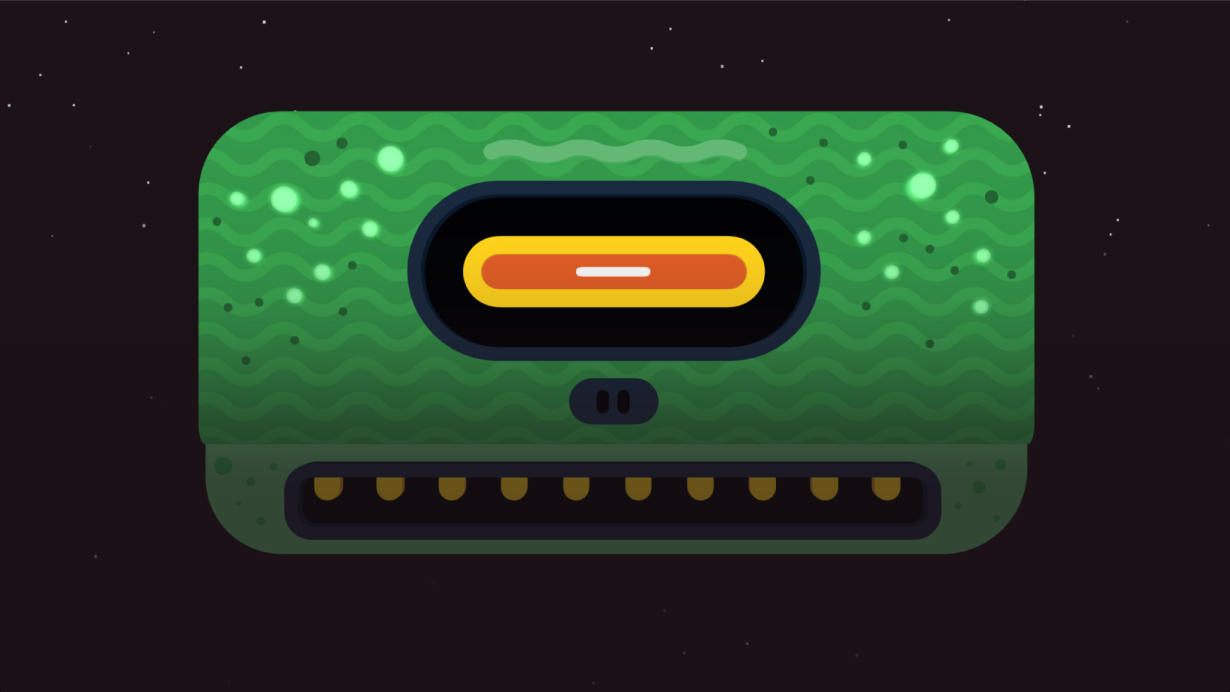 Unity became a crucial piece of the GNOG puzzle early on in development. “We knew from the start we’d be using Unity,” says Rudzicz. “The intent is to target a number of platforms, and mobile/touchpad support in particular is a strong priority, and made easy with Unity. Since the game is so asset-heavy – lots of interactivity, meaning lots of sounds and animation – Unity’s out-of-the-box support for a variety of formats and streamlined importing makes it easy to rapidly prototype the different levels/heads.” More recently, he says, Unity’s Mecanim animation tool has been making integration of animations even easier. 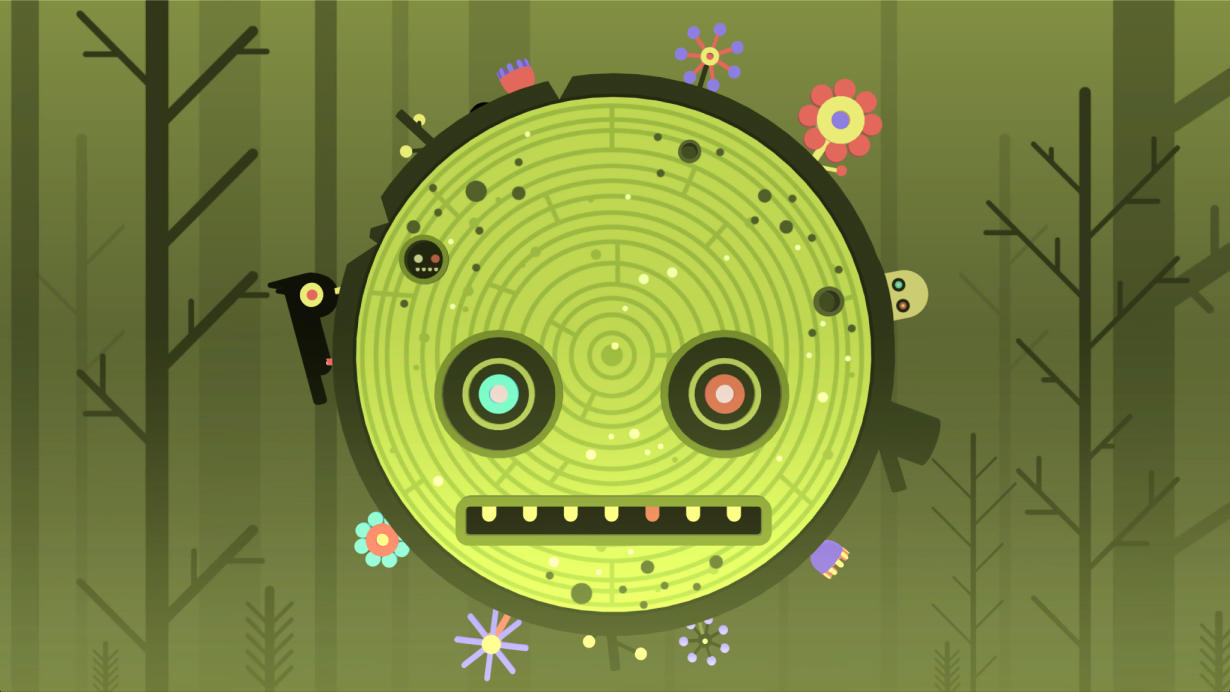 While Rudzicz says the software itself hasn’t changed the game the team is making – the fundamental concept of GNOG hasn’t changed drastically from the initial idea – the integration has been helpful. “There are a few core design choices, particularly [in terms of] the controls, that will define the ‘philosophy’ of the game, and we’ll be taking advantage of prototyping in Unity to explore those.”

In terms of process, the game has undergone some rather significant changes. “Since Sam originally worked as a 2D illustrator, our first tests were using his vector drawings,” says Rudzicz. The conversion to sprite-based animations and interactions proved to be more difficult to run at an acceptable framerate and with an appropriate memory load, however, so the team moved to a 3D approach. “The switch to 3D has made things more traditional in terms of content production, though it’s proven to be an interesting design challenge converting flat images to 3D worlds,” he says. Since the team began working in 3D before the 4.3 updates with Unity’s 2D tools, they’ve been sticking to a traditional content production pipeline of 3D art and animations. “However, the Mecanim animation system has made retargeting and repurposing animations incredibly easy,” Rudzicz adds.

The switch wasn’t an obvious one, but it has proven to work rather well. “I come from a 2D illustration world, so it used to be the only thing I could do really,” says Boucher. “The game really needed 3D models for it to work, so I’ve teamed up with my friend Yan [Verde] to make my 2D illustrations come to life in 3D and since learned a lot about 3D modelling myself. The game has changed a lot design-wise – particularly, the 2D/3D process – since the beginning, and the result we have right now is a culmination of many ideas the team had. I find it exciting that everyone constantly has new ideas and are motivated by the game and its endless possibilities.”

Indeed, it’s this sense of possibility that has proven to be one of KO-OP’s greatest challenges. “We tend to brainstorm way too many ideas for gnog heads,” says Rudzicz. “Sam’s art style, and the idea of creating these little worlds with personality inside of these giant heads, tends to inspire a lot of creativity. We’ve almost had to stop ourselves coming up with fantastical new ideas so we can actually focus on making this game.”

Still, it’s this very same fact that drives the team on a daily basis. So far, [I’m most proud of] the knowledge that we’re working on something so unique,” says Rudzicz. They’ve had the chance to demo the game in a few different venues, and each time people are constantly telling them how refreshing the game looks. “The art and music are already blowing me away – I come from a strictly programming background – and it’s an exciting prospect to know that we’re building these unique and compelling little worlds.”

GNOG is slated to release on PC, Mac, Linux, OUYA, iOS and Android later in 2014. 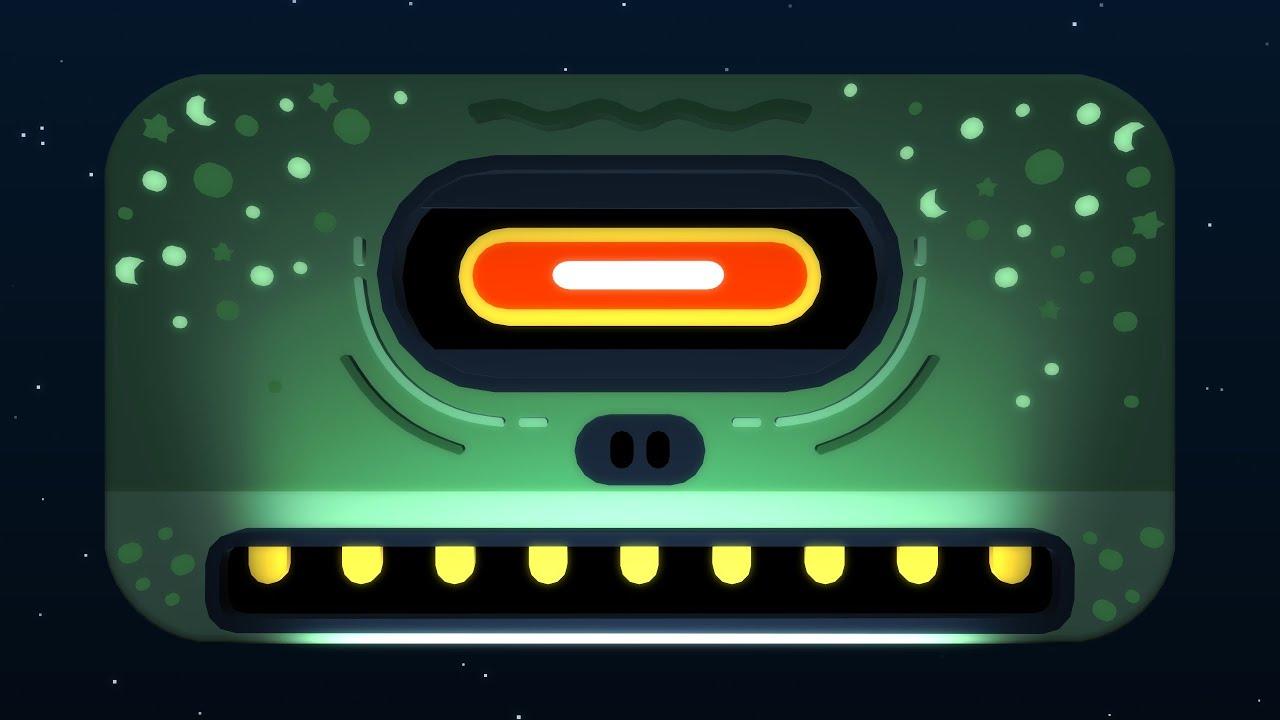 A few of my favorite things

Like many other developers, Montreal-based studio collective KO-OP has turned to the Unity Asset Store for solutions to some of its challenges, but one in particular stands out. “TouchKit drives the input system in GNOG!, since the game is designed with a strong focus on tactile interactions,” says developer Nick Rudzicz. “It also makes differentiating between input types – and parametrising them – very easy on the programmer, so we can test different implementations fairly quickly.”

When first announced and demonstrated GNOG was originally called GNAH. “It was after the sound the monsters make when they open their mouths,” says KO-OP’s Sam Boucher. “They didn’t really have a true name so we called them by their sound.” However, after a small trademark issue, the team changed the name to GNOG which ended up a happy consequence. As Saleem Dabbous explains: “We like the new name a lot better anyway since the game is about giant monster Gnoggins!”