Countless developers dream of reimagining anime and manga stories as games. However, many of them hit the same stumbling block: the expressive line work looks great drawn by hand, but it often falls flat in 3D CGI. The style’s popularity and rich storytelling have made achieving in-game anime aesthetics something of a holy grail for real-time animation. Here’s how one Korean studio hit the jackpot with The Seven Deadly Sins: Grand Cross. 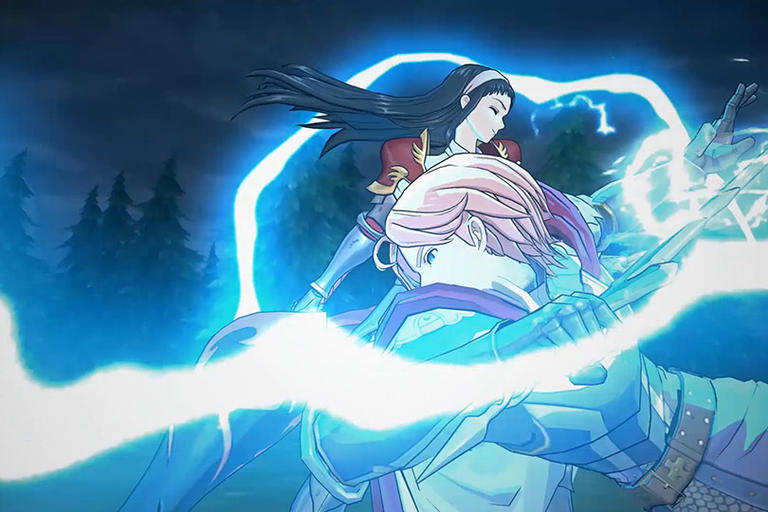 Korean studio Funny Paw was looking for a project that would stand out in the competitive mobile game landscape. Studying the market, they noticed that there weren’t many action-oriented games that convey characters’ feelings, so they set out to find an existing IP with a wide following to develop into a game. “The goal was to provide the raw emotions of the anime to players as they experience the game,” says Jaeyoung Choi, Funny Paw's chief technology officer – almost as if players were themselves the heroes in a real-time anime adventure film. 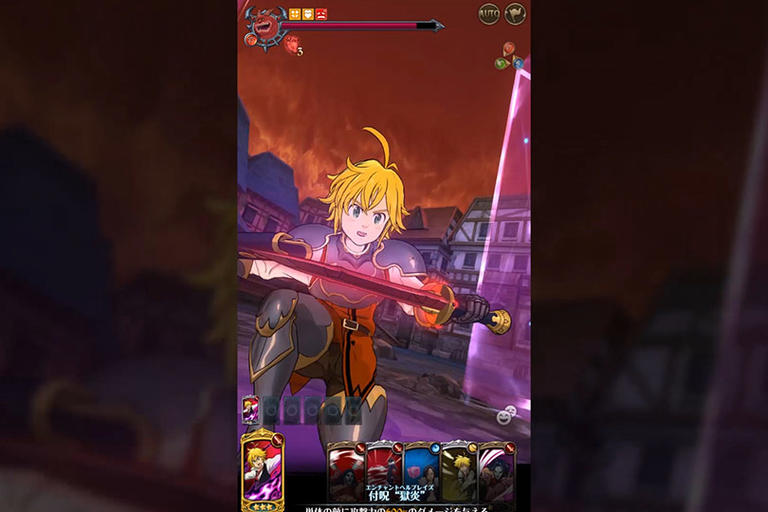 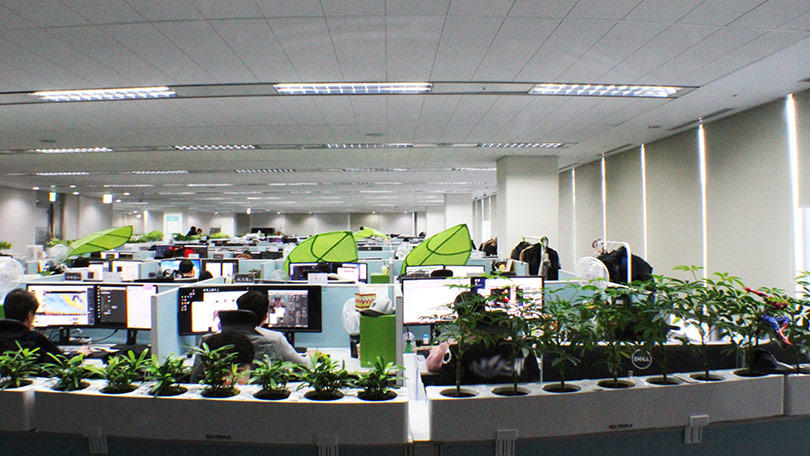 Funny Paw is a fast-growing studio that works under the wing of the large Korean publisher Netmarble. Four high school friends founded the studio in 2014, and, guided by the mantra “people are all that matters,” it has since expanded to over 130 full-time employees.

The team’s first project was admittedly ambitious. They set out to adapt The Seven Deadly Sins, a popular Japanese comic series by Nakaba Suzuki, into an engaging RPG and card-collecting adventure game for mobile. The result, The Seven Deadly Sins: Grand Cross, might just be the perfect story for a studio built by a close-knit group of friends to tell – a legendary tale of loyalty, friendship, and epic battles.

For Funny Paw to achieve its creative vision and stay true to Suzuki’s aesthetic, its real-time animation needed to reflect the look and feel of the beloved manga and TV series. “Unity was the most effective, simple, and smart tool to turn our vision into a reality,” explains technical artist Jaesong Ryu. 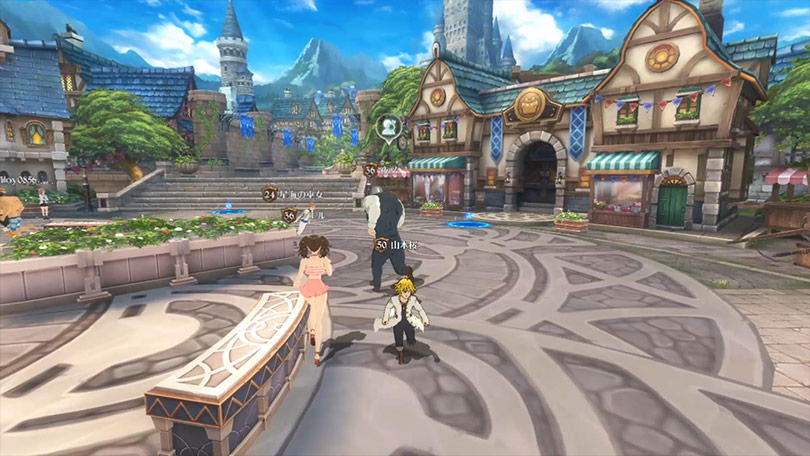 Breathing life into a beloved manga

When Funny Paw started adapting The Seven Deadly Sins into a mobile game, the serialized shōnen (a style of manga targeting teen boys) wasn’t yet widely known in Korea. “Only a few of us knew about it,” says Choi. “However, we all fell in love with the cartoon as soon as we started to study the series and make a game out of it.”

Wildly popular in Japan, The Seven Deadly Sins had already been translated into a variety of other media – an animated TV show, feature film, novel, and games for both the Nintendo 3DS and PlayStation 4 platforms – so the Funny Paw team knew they had to get it right.

The fantasy series takes place in a world styled after the European Middle Ages called the Kingdom of Liones. It follows the Seven Deadly Sins, a ragtag band of legendary warriors with supernatural powers, and Liones princess Elizabeth, as they roam the kingdom and battle a demon army. The card-based format of The Seven Deadly Sins: Grand Cross invites players to collect characters that form a team, then fight enemies in either cooperative or PvP mode. The game is a spin-off of The Seven Deadly Sins animated TV series, and it features over 100 dramatic cutscenes created in the popular show’s graphic style. 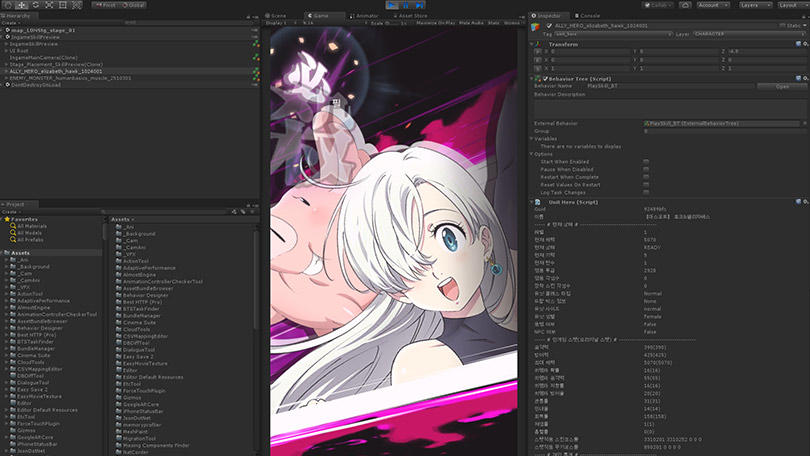 To achieve their ambitions for the game, the team had to find a way to recreate the beauty and over-the-top emotions of the cartoon’s 2D imagery in real-time. It’s notoriously difficult to reproduce the hand-drawn look of anime and manga characters in CGI. Drawing cel animation by hand allows artists to use cheats and shortcuts that look realistic while ignoring many of realism’s perspective rules. But these cheats are exposed when they’re recreated on a 3D model, often looking odd or uncanny as the camera follows characters from different angles and rotations.

“Naturally, our goal was to express the sentiments the characters were feeling to our users,” says Choi. However, manga and anime drawing adheres to a well-defined aesthetic that uses stylized cues such as exaggerated facial features, changes in line style, and shifts in coloration to communicate emotional tone or provide cues about characters’ personalities. In short, these little “unrealistic” cheats and shortcuts are fundamental to anime iconography.

“You need to make things ‘unrealistic’ to achieve a resemblance to anime,” explains Ryu. “Sometimes lighting should be unrealistic, the eyebrows of characters should be seen through the hair, and the thickness of the characters’ outline depends on how far they are away from the camera – the list goes on.”

Take eyebrows, for example. In anime and manga, eyebrows are used to express emotions in ways that are anatomically impossible – they move around and change shape, are visible through hair, and might even jump up over a character’s head to express surprise or fear. These effects are easy to add into hand-drawn animation, but they’re difficult to automate on a 3D CG model in real-time.

To solve this challenge, the team developed a variety of tools and techniques, including customized plug-ins to create effects seen in the anime series.

“We needed some tools such as a dynamically controllable system for gaze direction and an automated facial expression generator,” says Choi. Funny Paw created and integrated a tool they call the “Facial Tool,” which allows developers to make a wide range of facial expressions for various characters from the same animation file by creating the Blend data as an animation. They first linked facial animation to bone animation, Choi explains, but “by separating it from the animation system, it enabled us to control the facial animation through our own system and apply BlendShapes to create characters’ natural-looking movements.”

“In order to make the scenes look like they’re from an anime, we made it so that the detailed motion of eyebrows, lips, and all kinds of microexpressions would be rendered in real-time,” he continues. “I think this might have led to the game’s reputation as being full of ‘feels.’”

How Unity helped them reach the finish line

The project’s greatest challenges came from “creating cutting-edge graphic quality with a natural, cartoonish style while maintaining productivity indicators such as reusability and effectiveness at the same time,” explains Ryu. Through “experiments, evaluation, and a passion for greatness,” Funny Paw was able to create stylized animations that stayed true to Suzuki’s original vision yet still looked amazing.

“One of the strengths of Unity is the ease of creating and adding tools,” says Choi. Using a mix of Unity features and post-processing tools, Asset Store packages (they cite Opsive’s Behavior Designer as a go-to resource for character AI), and their own customized tools, Funny Paw succeeded in doing the nearly impossible: delivering a stunning, action-packed mobile game that accurately reflects the aesthetic of the anime series.

“Developing The Seven Deadly Sins: Grand Cross required many miniscule procedures such as inserting animation and adding changes or effects, and Unity simplified such tedious tasks,” says Choi. “This helped with our productivity and workflow. Fast production and a shortened feedback process gave us more time to try out various ideas.”

On its initial release in Asian markets in June 2019, The Seven Deadly Sins: Grand Cross soared to the top of the charts, quickly claiming the #1 revenue spot for Korea and Japan. The anime-inspired game is slated for a global release in 2020 – in 13 languages across 175 countries – and promises to win an even wider fan base for gameplay heightened by real-time emotion.

“Unity was the most effective, simple and smart tool to turn our vision into a reality.”

“The biggest strength of Unity is its usability, which streamlines our development process and shortens our feedback loop, allowing us to make frequent improvements and fine-tune details.”

“Developing The Seven Deadly Sins: Grand Cross required many miniscule procedures such as inserting animation and adding changes or effects, and Unity made such tedious tasks quite comfortable. This helped with our productivity and work speed.”

“One of the strengths of Unity is the ease of creating and adding tools.”